Christian Eriksen vows Spurs will go on offensive in Madrid 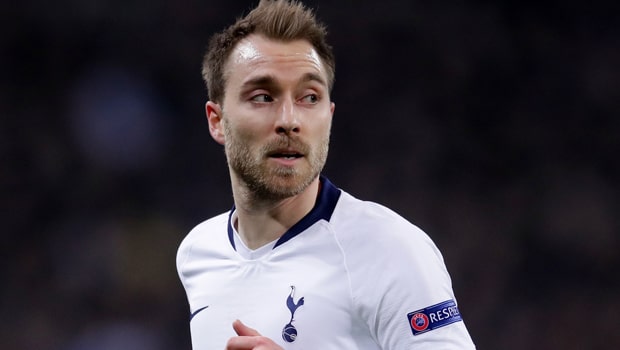 Christian Eriksen has indicated Tottenham’s plan for the Champions League final against Liverpool is to match the Reds’ attacking prowess.

The Denmark playmaker insists his side ‘won’t lie down’ in the Spanish showdown with their Premier League rivals. Spurs, seeking their first silverware in 11 years, claimed thrilling wins over Manchester City in the quarter-finals and Ajax in the last four to reach this grand stage.

Liverpool are favourites for the Metropolitano Stadium showpiece but Eriksen says Tottenham will go toe-to-toe with Jurgen Klopp’s outfit. “We will not lie down,” Eriksen warned.

“We dream we will stand with the trophy – that’s what we see in our heads. But we know it won’t come easy.”

A remarkable turnaround witnessed Tottenham progressing from the group stages despite taking only one point from their first three games against Barcelona, Inter Milan and Feyenoord.

They then survived in the last-eight against Premier League champions City on away goals after Raheem Sterling’s late strike was ruled out by VAR at the Etihad Stadium, leaving Spurs to edge the tie on away goal after it ended 4-4.

They appeared destined to exit in the semi-final as they trailed 2-0 on aggregate to Ajax, only for Lucas Moura to fire a stunning hat-trick, culminating with a dramatic 96th-minute winner in Amsterdam.

Eriksen denied the club are now desperate for a trophy, but the Dane cannot hide the joy it would bring to edge out Liverpool.

“I came to Spurs six years ago and it’s been an upwards curve since,” he added.

“We’ve been in the top four for many years and have been in the Champions League. It would be statement to be able to win this competition.

“It’s something really special and something a footballer dreams about. I would love to have that on my CV.” Spurs are 4.20 to win the final in 90 minutes, with Liverpool priced at 1.91 and the draw 3.60.