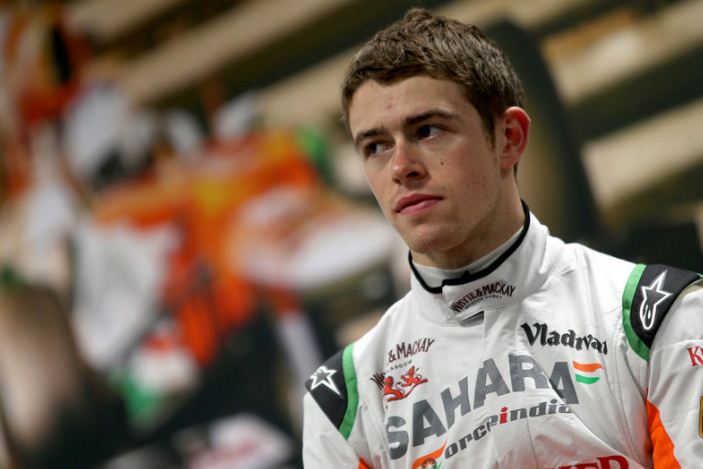 Paul Di Resta’s joy at a career-best qualifying position was short-lived as he will now have to start at back of the grid, or from the pit lane, after his car was found to be underweight.

The 27-year-old thought he had driven the ride of his life to qualify in fifth place for Sunday’s British Grand Prix, admitting he was ‘shocked’ to have made the third row of the grid.

“That was it. There wasn’t any more,” Di Resta said after qualifying in fifth. “It takes a lot of commitment and it’s satisfying when you get it done.”

However, the Scot and his car were discovered to be 1.5kg under the minimum weight limit following checks and the stewards have made the decision to disqualify him from qualifying.

Drivers along with their car must weigh at least 642kg to meet the legal requirements and, although Force India blamed a discrepancy in Di Resta’s weight, they have decided not to appeal.

Team boss Bob Fernley insisted that the driver was back to his normal weight later on, after Di Resta weighed less than expected on the FIA scales after qualifying had finished.

Having been beaten by only Mercedes and Red Bull, Di Resta’s demotion does push up his team-mate Adrian Sutil up to sixth, behind Toro Rosso’s Daniel Ricciardo, while it also improves the disappointing qualifying positions of title protagonists Kimi Raikkonen and Fernando Alonso, up to eighth and ninth respectively.

Lewis Hamilton will start his home grand prix from pole after putting his problems with his car behind him to post a time 0.452 seconds quicker than team-mate Nico Rosberg, while the Red Bull pair of Sebastian Vettel and Mark Webber make up the second row.