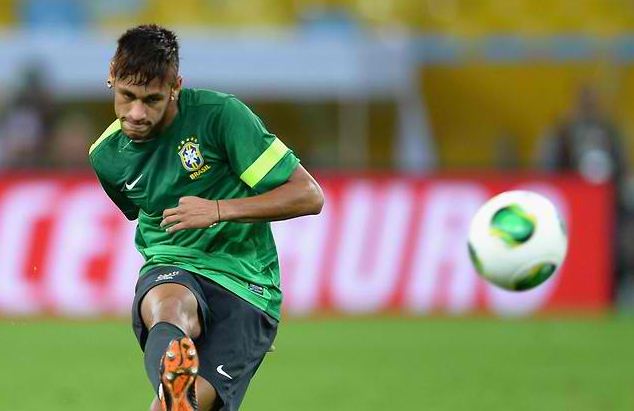 Neymar moved to play down Brazil’s expectations ahead of Confederations Cup final by suggesting Spain are favourites as they are ‘best side in the world’.

Spain have climbed to the top of the FIFA world rankings after a sustained period of success which was seen them win successive European Championships as well as their maiden World Cup win in 2010.

The reigning world champions have never tasted victory in this competition and will be desperate to put that right in the Maracana on Sunday.

Neymar, who will be competing in La Liga next season with Barcelona, concedes that La Roja are the team to beat on the world stage right now with his team underdogs despite having home advantage.

However, that is not to say that he is going into the game without hope and feels that Brazil are up to the task of lifting a third successive Confederations Cup title, and fourth in total, if they are able to play without fear.

“They (Spain) are the best side in the world and are favourites,” Neymar said.

“We must play football and not fear them. We are playing the best team of the world nowadays, but we also have great players in the Brazilian national team.

“I respect and admire Spain a lot, but our football is nice on the field and we’re hopeful and trust one another to play a perfect match on Sunday.”

Brazil coach Luiz Felipe Scolari may opt to change things up front as, despite scoring 22 goals in their last eight games, Hulk has failed to score in his last nine internationals.

Spain, who were arguably a touch fortunate to see off Italy in a last-four penalty shoot-out, could welcome back Roberto Soldado and Cesc Fabregas after the pair missed the semi-final with minor complaints.