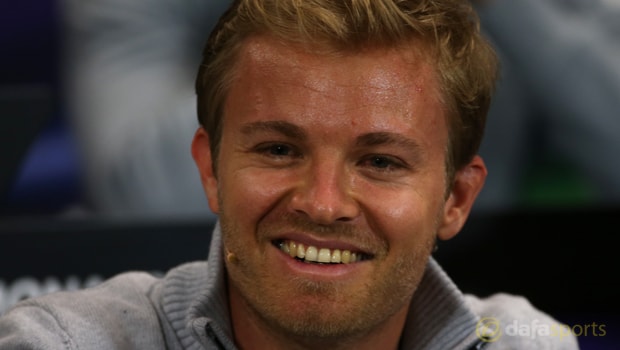 Nico Rosberg has warned Mercedes and championship leader Lewis Hamilton they must stay switched on and not get complacent going into the final four races of the F1 season.

Mercedes have all but sealed a fourth straight Constructors’ Championship, having opened up a 145-point lead from Ferrari in second, and it could be another double success with the individual title also close.

Hamilton’s victory in Japan last time out, his eighth of the campaign, extended his lead over Sebastian Vettel to 59 points and a fourth world title could be wrapped up in the United States this weekend.

The Briton heads to Austin to compete at the Circuit of the Americas and his previous track record is impressive, having won at the venue five times while also finishing fourth.

Rosberg, who won a maiden world title last season with the Silver Arrows before announcing his retirement from the sport, believes his former team-mate will go on to lift the trophy but has warned his focus must remain high.

“I am neutral now,” he told Austrian newspaper Kronen Zeitung.

“But as a fan, what happened in Japan was very bad. Everyone wanted to see a fight until the end.

“I’m sure even Lewis would have loved to fight until the last minute, but that’s motor sport. In any case, Mercedes and Lewis still cannot sit back even now.”

Hamilton is the 1.80 favourite to triumph in Texas for a sixth time, Vettel is following closely behind at 3.00, while the second Mercedes of Valtteri Bottas is priced at 7.00.

The two Red Bull’s of Max Verstappen and Daniel Ricciardo, who have both impressed at times this year, are priced at 13.00 and 15.00 respectively to triumph.