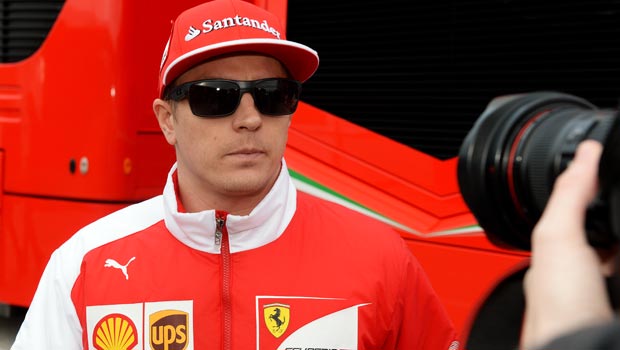 Kimi Raikkonen says he is confident his results will begin to improve shortly but claims Ferrari “must push harder” to get their F14 on a par with their rivals.

The Finn has found the going tough this year since returning to Ferrari from Lotus, where he enjoyed an excellent two-year spell, finishing third and fifth in the World Championship.

A repeat of either of those two finishes this time around would be a remarkable achievement for the 2007 world champion who heads into this weekend’s Monaco Grand Prix 11th in the standings on 17 points.

Raikkonen came home sixth in the last race in Spain but the gap between himself and runaway leaders Mercedes was there for all to see as he was lapped by the Silver Arrows at the Circuit de Catalunya.

The 34-year-old stayed behind with Ferrari after the Spanish Grand Prix for the two days of testing that followed and feels the F14 is making progress.

However, whether the Ferrari has the single-lap speed to give them a chance of a decent finish in Monaco remains to be seen, with qualifying all important in Monte Carlo due to the lack of overtaking spots.

“Qualifying can have a big effect on the outcome, an area on which we are doing our utmost to improve,” Raikkonen said.

“After the last race, we stayed on in Barcelona for the test, which was reasonably positive: we had problems at the start, but by the end, I can say I was pleased with the work we managed to get through.

“The F14 T is improving and I am sure that, step by step, the results will come, but we must push harder to get them.”

Ferrari have not won in Monaco for 13 years and it will be tough for them to end that run this weekend.

Lewis Hamilton is 1.85 to win his fifth race in succession, while the rest of the field can be backed at 1.97.