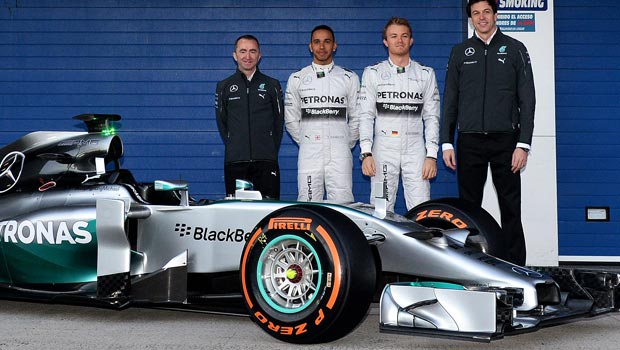 Mercedes executive director Toto Wolff is demanding humility from the team after a dominant start to the Formula One season.

Mercedes have been the standout performers in 2014, with either Lewis Hamilton or Nico Rosberg winning every Grand Prix.

Rosberg won the opening race in Australia and the last outing in Monaco, either side of a four-race winning streak from Hamilton.

The drivers are battling it out for the world title at the top of the leaderboard, with Rosberg currently holding the upper hand after his success in Monaco.

Mercedes are the clear leaders in the Constructors’ Championship on 240 points, more than double the tally of nearest rivals Red Bull.

Despite this, Wolff insists they must not get ahead of themselves and that they must learn from past mistakes ahead of the Canadian Grand Prix next weekend.

“We are pleased to head to Canada on the back of another strong weekend in Monaco,” said Wolff.

“We went into that race convinced that our rivals could outperform us and that’s how we worked to prepare for the weekend: like we were the underdogs. So we were pleased to see that we still had a good advantage at the front of the field.”

He added: “The team is operating at a very high level right now but we need to keep the ball flat, stay humble and keep pushing. On paper, you might say that Canada is the kind of circuit that should suit our package. But we don’t have a crystal ball and we have been bitten by that way of thinking in the past.

“We know that our rivals are getting closer and that we will need to extract every bit of potential to deliver a strong performance in Montreal.”

Hamilton, the 1.42 favourite to win the World Drivers’ Championship this year, has a strong record in Canada with three wins in the last six races.

“Lewis has a fantastic track record in Canada, Nico has the momentum from his win in Monaco,” Wolff continued. “We are all looking forward to the next chapter in the story of this season.”

Rosberg can be backed at 2.80 to win the world title this year.