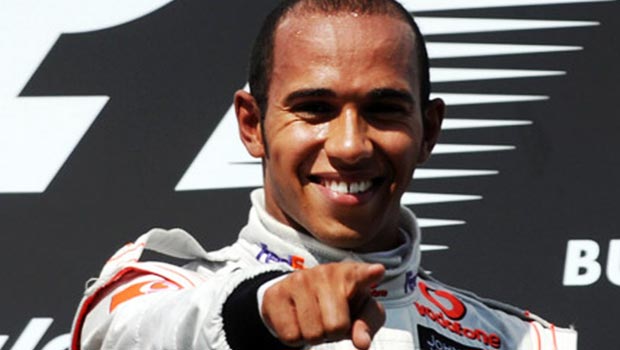 Mercedes have been the early pace setters in the opening two races of the campaign, with Nico Rosberg taking the chequered flag in Australia and Hamilton – who is 2.15 to collect the Drivers’ Championship – clinching victory in Kuala Lumpur.

Red Bull sit sixth in the Constructors Championship with just 15 points – coming from Vettel’s third-place finish in Malaysia – but the Brit admitted it would be wrong to count them out this early on.

The Brit said: “[Reigning world champion] Sebastian [Vettel] was massively quick. He was applying pressure to Nico [Rosberg] and looking at their pace, their car is just as quick as ours through all the corners, it’s just a little bit slower down the straights.”

Vettel is looking to claim his fifth consecutive Drivers’ Championship but is still trying to adapt to the new vehicle, which forced him to retire three laps in to the race in Melbourne on the opening day.

However, Hamilton believes that the Enstone-based team have already shown progress since that event – Daniel Ricciardo finished in second Australia before a subsequent disqualification – and he expects they will fix any other bugs sooner rather than later.

He added: “I have no doubts at all that Renault are going to fix that and when they do, you’re going to see a big race between us and the Bulls.”

Mercedes, who are 1.27 favourites to win the Constructors’
Championship outright, have failed to claim the title since their return to the sport in 2010 but, with a number of changes to the rules for the 2014 term, it appears that Red Bull’s stronghold could be coming to an end.