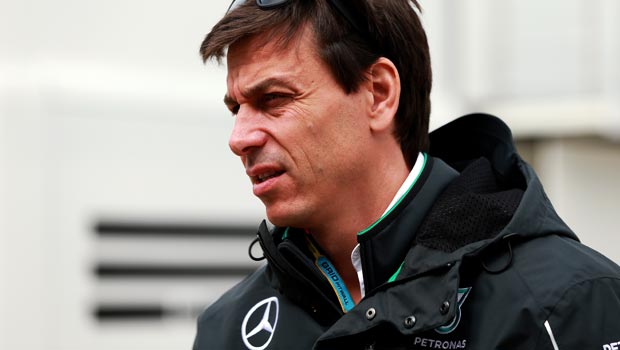 Mercedes have insisted that they will not be issuing any racing orders to their two drivers, despite the controversy surrounding the Belgian Grand Prix.

The Silver Arrows have dominated throughout the campaign so far but the in-house rivalry between drivers Nico Rosberg and Lewis Hamilton is threatening to ruin their own party.

The Constructors’ World Championship already looks sewn up, with Red Bull some 157 points behind in second, but Daniel Ricciardo’s season is going from strength to strength, winning the last two races to close within 35 points of Hamilton.

The Briton had been battling for the lead with Rosberg at Spa before a collision between the Mercedes team-mates ultimately forced Hamilton to retire while the German’s car was also damaged, with Ricciardo taking full advantage.

Hamilton had claimed that Rosberg drove into him on purpose to ‘prove a point’ while the team has taken ‘suitable disciplinary’ measures against the German, although they have tried to put the incident behind them with clear-the-air-talks.

Fans were worried that the incident may have led to team orders going into the final seven races of the campaign, but Mercedes chief Toto Wolff insists that the pair will be allowed to race each other from here on in.

“Both drivers are racing at the absolute limit against each other, and we are not going to interfere in the race result, or pre-agree any race result. This is not what we will ever do,” Wolff told Press Association Sport.

“When the racing happens we need to react sometimes, but we will not pre-agree in favour of one or the other. This is not what we do.

“The team discussed at length what the consequences [of the incident at Spa] could be.

“But there is one thing we stand for at Mercedes-Benz, and this is racing, straight and fair racing, and we remain committed to that.”

Rosberg is now 29 points clear at the top of the Drivers’ Championship and is priced at 1.61 to go on and win his first world crown, while Hamilton is on offer at 2.30 and Ricciardo can be backed at 34.00.