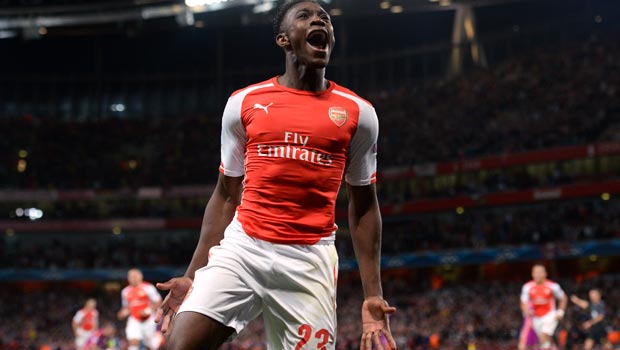 The deadline-day signing was on target twice in the first half against the Turkish side and then added a third after the break as Wenger’s men sealed a comfortable win at the Emirates.

The former Manchester United forward now has four goals for the Gunners and appears to be revelling being played as a central striker after often being deployed out wide by United in recent years.

Wenger was delighted with the 23-year-old’s goals and all-round contribution in the win as Arsenal bounced back from their poor display against Borussia Dortmund on matchday one in Group D.

“Danny was on the end of good movements. It’s good that slowly he gains confidence and finishes well. Hopefully the hat-trick will help him gain confidence,” Wenger said.

“What is good for me is that his team play is good as well. His team work and work rate are good.

“It’s not just his finishing because he wants to help the team. I believe that, technically, he’s very sound. I was a surprised that he’s technically clean and that he’s a good passer of the ball.”

Wenger admitted he has been surprised at just how much pace the England international has as he stretched the Galatasaray defence in the victory.

“I didn’t know he was so quick,” he added. “Honestly, I knew he was quick but he can be electric when he starts – he has great pace.

The victory was soured slightly by goalkeeper Wojciech Szczesny’s sending off, when he was shown red for a foul on Burak Yilmaz, and substitute goalkeeper David Ospina could not save Yilmaz’s penalty to give the visitors a second-half consolation.

Arsenal now go to table-toppers Chelsea in the Premier League on Sunday, aiming to inflict a first defeat of the season on Jose Mourinho’s side. The Blues are 1.63 favourites, Arsenal are on offer at 5.48 with the draw available at 3.65.