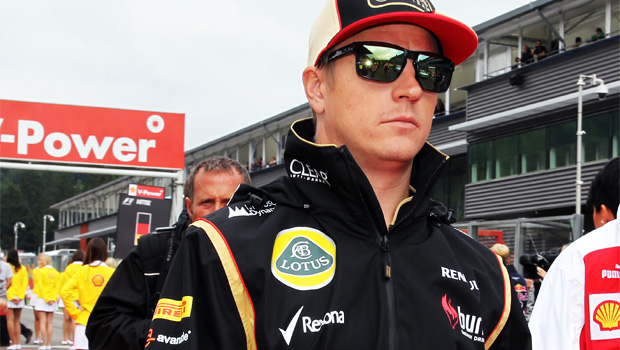 McLaren chief Martin Whitmarsh says he would welcome Kimi Raikkonen back to team with open arms but admits they are unlikely to make a move for Finn this year.

The 2007 world champion drove for the Woking-based team between 2002 and 2005 and was linked with a return to his old outfit during the weekend’s action in Belgium.

Raikkonen is thought to be keen on a move away from current team Lotus and has courted the interest of Red Bull, Ferrari and McLaren recently.

His other former team, Ferrari, are believed to be leading the chase for the 33-year-old’s signature after Red Bull decided against a move, reportedly opting to promote Toro Rosso’s Daniel Ricciardo instead.

McLaren too have now ruled themselves out of the running for Raikkonen, with Whitmarsh stating that their current drivers, Jenson Button and Sergio Perez, would be remaining with the team for the 2014 season.

“Bear in mind that Checo (Perez) is still very young – he is ten years younger (than Jenson),” he told the official F1 website when asked Perez’s performances.

“But I think one thing I have to say is that we haven’t given our drivers the car we should have done this year. But they’ve been fantastic ambassadors and I think they deserve another go with us next year.”

Whitmarsh went on to reveal that McLaren had spoken to Raikkonen about a return to the team last year before he opted to stay with Lotus.

Whitmarsh’s comments come on the same day as reports suggesting Button is set to pen a three-year contract extension with the team.

The British driver’s current deal expires at the end of this season but he is now expected to end his career with McLaren by signing a £12million-a-year contract which will take him up until his 36th birthday.