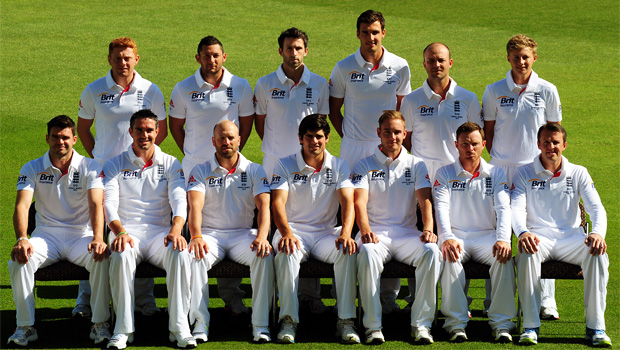 The England selectors have taken the decision to name an experimental side for the five one-day internationals against the Baggy Greens in order to keep their top Test players fresh.

Having just come through a gruelling five match Ashes series with Australia, and with the return series set to start in November, the ECB have opted to rest Cook, Anderson, Bell, Broad and Swann.

In their place the selectors have called up Chris Jordan, Jamie Overton, Michael Carberry, Gary Ballance and Boyd Rankin, while Eoin Morgan will captain the side.

All-rounder Jordan and Carberry have earned their places in the national side with fantastic domestic seasons for Sussex and Hampshire respectively.

Carberry’s call-up comes after he was selected for England’s Twenty20 side last week, the 32-year-old having scored the second most runs in the domestic t20 competition this year.

Youngsters Ballance and Overton make the squad with one eye on the future, Ballance having been tipped to be a part of the Ashes touring party this winter following a fine season with Yorkshire.

Warkwickshire paceman Rankin will be pushing for his first cap for England having represented Ireland in ODI cricket in the past.

National selector Geoff Miller said: “Following a very intense period of cricket this summer we have decided to rest a number of senior players which will allow them to recover from a heavy workload over the last three months and to prepare for the tour of Australia which begins in eight weeks.

“This creates an excellent opportunity for players who have impressed in county cricket and for England Lions recently to test themselves at international level as we continue to build a squad ahead of the ICC Cricket World Cup, which is less than 18 months away.”

England will prepare for the ODI series with a game against Ireland on September 3, followed by the first match at Headingley on September 6.