McLaren line-up to finally be revealed 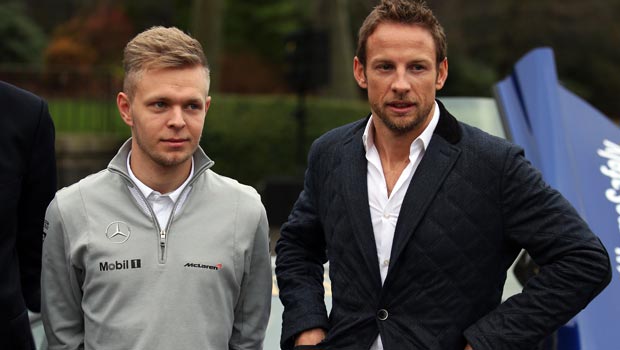 McLaren look set to finally unveil their driver line-up for the 2015 season after scheduling a press conference for Thursday morning at their Woking base.

The conference is set to take place at 10am and the Honda team have revealed that the event will be an important exclusive, leading to speculation amongst the media that an announcement on the team’s line-will be made.

The Surrey-based side are the only confirmed team for next year’s championship yet to make an announcement on who will be racing for them in the New Year.

McLaren had originally suggested that they would announce the two drivers before the end of the 2014 campaign, but there have been a number of delays in any final decision, the latest of which came when a board meeting last week broke up without any clear agreement being made.

It is widely believed that Fernando Alonso will be one of the drivers in the hot seat, with the Spaniard returning to the side he controversially left seven years go. The other seat appears to be going to one of the two drivers’ from the 2014 campaign, with Jenson Button and Kevin Magnussen currently facing a nervous wait.

Team principal Eric Boullier has defended the British side’s decision to delay the announcement, revealing last week that it was important for the long-term stability of the team that they made a well thought out decision.

He said: “I know there are a lot of fans, Jenson’s fans, Kevin’s fans, other drivers’ fans and hopefully some McLaren fans, but it is just about taking the right decision for the future, not only for next year but also for the next years.”

The new season is set to get under way in Australia on March 15.