Posted by Vincent Henderson on December 10, 2014 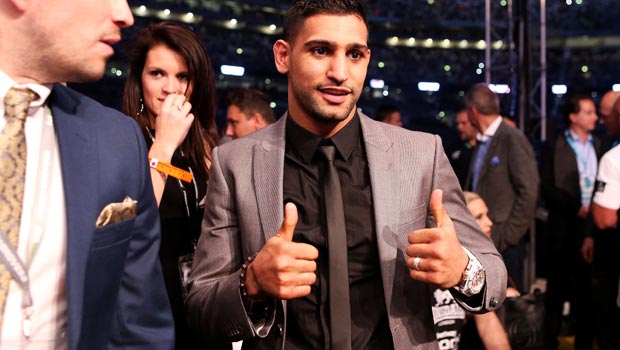 Devon Alexander is confident he has what it take to defeat Amir Khan as the two prepare for their showdown in Las Vegas on Saturday night.

There is a lot at stake for both men going into their crucial welterweight clash with the winner hotly tipped to earn a lucrative bout with the unbeaten Floyd Mayweather Jr next year.

However whoever loses Saturday’s showdown will disappear from Money’s radar as he lines up his penultimate opponent.

Both men have suffered setbacks in the past with the American Alexander losing two of his 28 professional fights to date, the last of which came when he dropped his IBF welterweight title to Shawn Porter last December.

Khan in contrast has lost three of his 32 fights, with two of those defeats coming by knockout. Despite a return to form that has seen him win his last three fights it is the trio of defeats which gives his Missouri-born opponent confidence going into the clash, believing there is a blueprint to beat the Bolton-born fighter.

He said: “Anybody who has lost three times, there is a blueprint. You see that he has a weak chin but you cannot go into a fight, thinking:

Former light-welterweight Khan recorded an impressive victory as he moved up to the welterweight division against southpaw Luis Collazo in May, but his 27-year-old opponent on Saturday, who is also a southpaw, believes he will be an entirely different proposition for the Brit.

He continued: “I don’t think he’s fought a southpaw like me, as fast as me, he hasn’t fought nobody like me. I think it’s going to confuse him and it’s going to surprise a lot of people.”