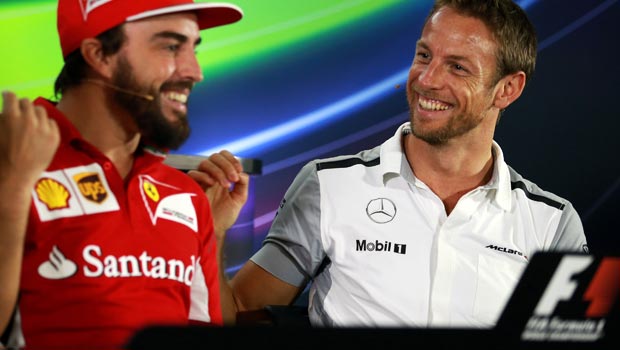 McLaren have confirmed that they have chosen Jenson Button as Fernando Alonso’s partner for 2015 following weeks of uncertainty.

The Spaniard’s return to the Woking outfit from Ferrari had been rumoured for some time but his partner has been one of the hottest topics of discussion in F1 throughout the last few weeks.

Button had previously been linked with a move away from the sport after the expiration of his contract last month in Abu Dhabi, with McLaren expected to instead favour the younger Kevin Magnussen, who joined them at the start of the season as a rookie.

However, this was counteracted by suggestions that Alonso preferred the Brit due to his experience, while the team’s decision to switch back to a Honda engine for 2015 also looked to work in his favour, having raced using power units designed by the Japanese manufacturer earlier in his career.

McLaren CEO Ron Dennis has now confirmed that they have decided to stick with Button for next season, meaning they will have the oldest driver line-up on the grid, while Magnussen will revert to being a reserve and test driver.

After all the uncertainty, Dennis revealed on Thursday that the decision had taken longer than he expected but has backed the 2009 world champion to come good and show he is still up for the fight in Formula One.

“We signed Fernando a little while ago, but we decided not to announce the fact until we had also re-signed Jenson as his team-mate,” he said at the announcement.

“For many reasons our negotiations with Jenson took quite a long time but, now that they have been concluded, we are confident that our collaboration with him will continue to thrive in the future every bit as well as it has in the past.”