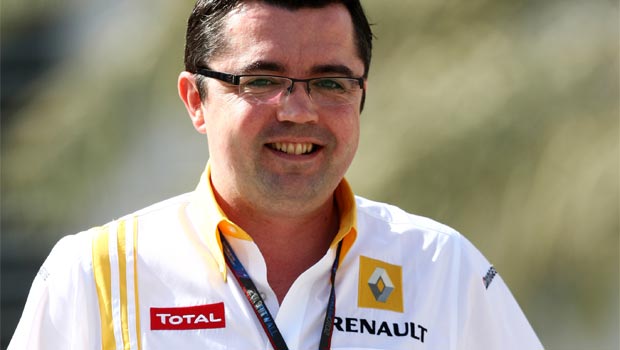 McLaren have confirmed that they have appointed Eric Boullier as their new Racing Director as they alter their management structure ahead of the 2014 season.

Recent speculation had already linked Boullier with a move to McLaren after he left Lotus last week, with owner Gerard Lopez replacing him as Team Principal at the Enstone-based outfit.

It was suggested that he would take up a similar position at McLaren but his new role will see him work alongside Chief Operating Officer Jonathan Neale and other senior management staff.

The team’s statement on the new structure failed to mention Martin Whitmarsh though, whose role has disappeared as part of the altered set-up at the Woking-based team.

Boullier admits that he is honoured to be given the role and he is looking to bring success to the team as quickly as possible.

He said: “First of all, I regard this appointment as an honour, a privilege and a wonderful opportunity.

“The McLaren Racing workforce and the facilities at the McLaren Technology Centre are world-class, and I’m hugely excited about the prospect of joining such an outstanding team.

“I’m both eager and determined to play an active part, working alongside McLaren Racing’s other senior managers and directors, within a new operational structure, to bring about the changes that will deliver success.

“Last, I want to take this opportunity to assure the McLaren Racing workforce that I’m utterly determined to match their famous passion and commitment to win.”

On the driving front, in the off-season they replaced Sergio Perez with Kevin Magnussen as they look to put a miserable 2013 campaign behind them.