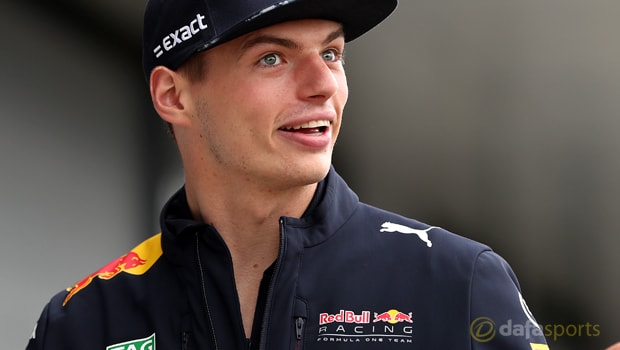 Max Verstappen says the recent crash in the Azerbaijan Grand Prix with Red Bull team-mate Daniel Ricciardo has taught both drivers a valuable lesson for the rest of the season.

Verstappen, who has also already been under the spotlight earlier in this campaign, was in the headlines once again last Sunday after colliding with Ricciardo on the street circuit in Baku.

The pair were battling for position before the Australian, who won in China recently, went into the back of his team-mate, forcing the duo to retire from the race.

Views are still mixed on who was to actually blame for the crash, with some suggesting Ricciardo was in the wrong whilst F1 legend Niki Lauda said it was the Dutchman with “70%” of the fault, by moving under braking.

Red Bull chiefs have reprimanded both drivers for their actions and attention will now turn towards the Spanish Grand Prix in Barcelona, which takes place on May 13.

Verstappen, who sits eighth in the Drivers’ Championship after four races, says it was disappointing how events panned out in Azerbaijan and he feels lessons have been learnt.

He told Ziggo Sport: Maybe, yes. We were also racing well too, but unfortunately that time it didn’t work. We may have to be less eager when we are racing together.”

Mercedes star Lewis Hamilton, who triumphed in Baku, is 2.70 to win in Spain when the F1 action returns, just behind Ferrari’s Sebastian Vettel who is the 2.50 favourite.

Verstappen and Ricciardo, who is chasing his second win of the season, are both priced at 10.00 to win at the Circuit de Barcelona-Catalunya.