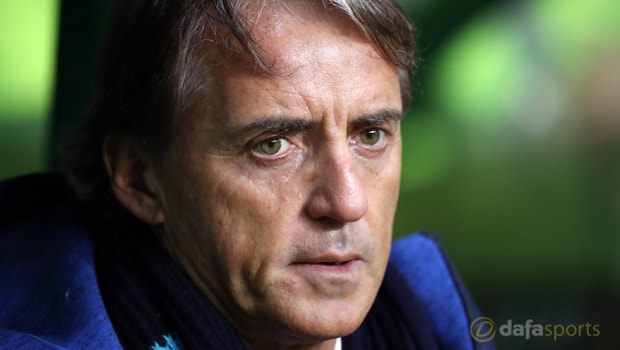 Roberto Mancini will reportedly step down as Zenit Saint Petersburg manager at the end of the season to take the vacant position with the Italy national team.

Italy have been searching for a new boss since sacking Gian Piero Ventura after he failed to lead the country to the 2018 World Cup in Russia this summer, losing out to Sweden 1-0 in a two-legged play-off.

Several names have been linked with the position, which is currently occupied on a temporary basis by Under-21 coach Luigi Di Biagio, and it was thought Carlo Ancelotti would be taking the job.

It is claimed the former Bayern Munich chief was offered the chance to take charge of Gli Azzurri but the 58-year-old, who continues to be linked with a switch to the Premier League, turned down the opportunity.

Chelsea boss Antonio Conte, who left the Italian national team in 2016 to join the Blues, has also been tipped to make a return to international management whilst Nantes manager Claudio Ranieri was also mooted.

However, despite telling Italian radio on Monday that he had not undergone talks with the IFF, Mancini now appears to be leading the race to take over Italy.

It is claimed he will leave Zenit, who are currently fifth in the league this season, after the final round of Russian domestic fixtures on May 13 before then being appointed Italy boss.

The Lions are in action on Saturday when they make the trip to Lokomotiv Moskva before the season is wrapped up with a home clash against SKA Khabarovsk.

Qualifying for the 2020 European Championships will be Mancini’s first goal for the national side and Italy are currently priced at 11.00 to win the major tournament, just behind 9.00 chance Belgium.