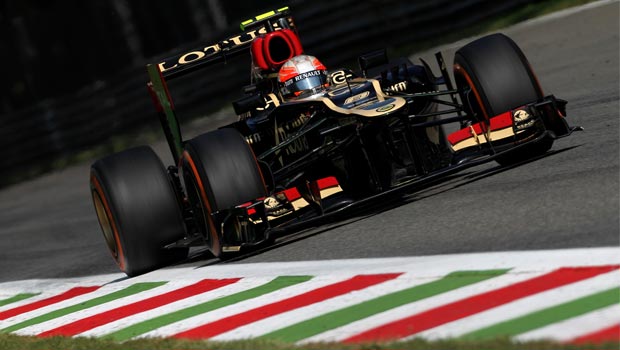 Romain Grosjean has admitted he is not happy with Lotus’ progress but he will do all he can in the first race of the season in Melbourne to help the team sort out the new car set-up.

The Enstone-based team have not enjoyed the winter-testing period as a number of problems have continued to set them back ahead of the new season.

They failed to debut their car in Jerez but have improved at the Bahrain international circuit. His problematic spell in the car continued in the final testing period, when the Frenchman saw his day brought to an end due to an engine failure.

Lotus will head to Australia for the first race without any race or qualifying simulations, and the team are still adjusting to their new Renault power unit.

Grosjean will now use Melbourne as another pre-season test and he admits the past few weeks have been frustrating.

He said: “We did as much as we could from the limited amount of running we had.

“There were things that went in the right direction, which was quite nice. I think it’s more complicated than everyone thought, this power unit, and there’s a lot of work on our side and a lot of work on Renault’s side.

“We are not in a nice situation but it doesn’t mean we won’t recover. And if we then try and score as much points as we can early in the season then we can try to recover.

“Honestly, I’m not happy tonight. It’s far from ideal, we didn’t do a third of what we wanted to, but what can you do?

“The best I can do is drive the car as quick as I can and see where we are.”