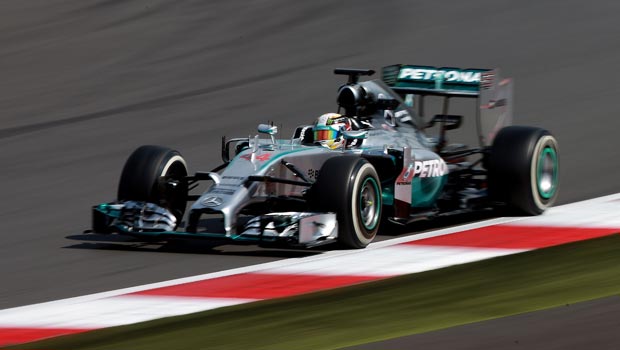 Lewis Hamilton is hoping the return to Formula One action this weekend will also see a change in his fortunes as he battles it out with Mercedes team-mate Nico Rosberg for the drivers’ title.

The British driver and 2008 world champion had hoped to add a second title to his CV this year after Mercedes’ dominant start to the campaign which has seen the team virtually secure the constructors’
crown with eight races remaining.

However Hamilton is facing a real battle with Rosberg for the drivers’
title as he sits 11 points adrift of him at the top of the standings as the season resumes at the Belgian Grand Prix this weekend following the summer break.

The 29-year-old former McLaren driver has had to endure several problems over the first half of the campaign compared to Rosberg with break-disc failure and a fire caused by a fuel leak hampering him in qualification at the recent races in Germany and Hungary respectively.

However Hamilton gamely fought his way up from the back of the grid to seal successive third-placed finishes to keep himself in touch with Rosberg.

And looking ahead to the return to hostilities, Hamilton is now looking for some help from Lady Luck at Spa-Francorchamps.

“The summer break was a good chance to relax and to reflect on what’s been an incredible start to the year for us as a team,” said Hamilton.

“Personally, I can’t wait to get back in the car and back into the battle for the championship.

“I had some difficult weekends in the first part of the season, but then a bit of good fortune at the last race in Budapest kept me from damaging my car on the wall during that first lap.

“Hopefully that was a sign my fortunes are changing at just the right time.
“There were so many positives to take from the opening 11 races, but both myself and the team always want more and know we are capable of more.

“The aim is to put the more difficult times of some of the previous weekends behind us and to recreate the best moments at every race from now on.”

Hamilton is priced at 1.80 to win the Belgian Grand Prix, while he can be backed at 1.77 to win the drivers’ title this year.