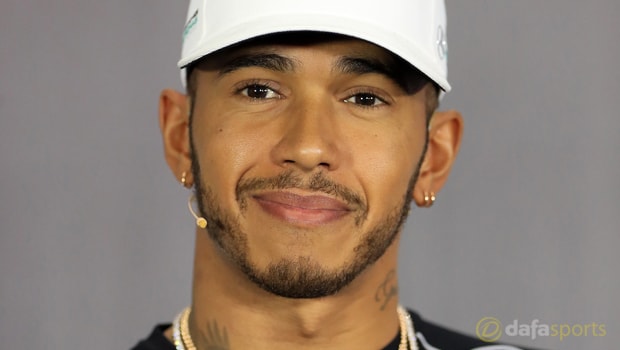 Mercedes ace and championship leader Lewis Hamilton says he is ramping up the preparations ahead of the important Singapore Grand Prix at Marina Bay this weekend.

Mercedes are currently embroiled in a huge battle with Ferrari this season and the Silver Arrows are leading the standings with 435 points, 62 points ahead of the Scuderia in second.

Hamilton, who is 1.36 favourite to win a fourth world title, won the Italian GP last time out to jump into first position in the Drivers’ Championship and he is aiming to strengthen his lead in Singapore.

The 32-year-old has triumphed at Marina Bay twice – in 2009 and 2014 – whilst the Brackley-based outfit have been on the top step of the podium in two of the last three years.

Ferrari’s Sebastian Vettel is eager to get back to winning ways after failing to triumph in the last two outings and he is only three points behind Hamilton in the individual standings.

The German, who is 3.20 to be crowned world champion for a fifth time, is a four-time winner in Singapore and he is 2.40 favourite to add number five to his tally this weekend.

Hamilton has revealed he is doing extensive research ahead of the next Grand Prix, which is at night and in searing heat, and he hopes to keep the momentum going.

He said: “Currently that’s not my mind-state, no, and I will do all the due diligence it’s possible to make sure that we arrive there best prepared.

“We have no idea until we get there what the picture’s going to look like but I think we learned a lot from the past but on a hot track, Ferrari are often better in hot places. I think we’ll be able to give them a good race.”