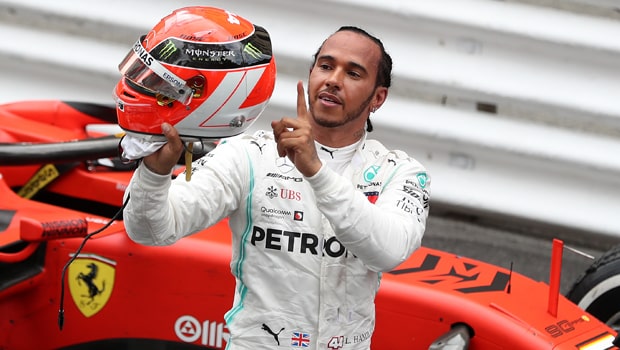 Lewis Hamilton expects Ferrari and Red Bull to be suited by the test at this weekend’s Canadian Grand Prix in Montreal as they seek end Mercedes’ dominance.

Mercedes arrive in Montreal off the back of six straight victories this season and will be pushing out the first upgrade of the term to the engine in their impressive W10 car.

However the Circuit de Gilles Villeneuve offers hope to the chasing pack, with its long straights and fewer corners. World champion Hamilton suggests that will ensure both Ferrari and Red Bull are very competitive.

“Being that you do have these long straights, you know that the Red Bulls and the Ferraris in particular are going to be really strong this weekend,” Hamilton, the drivers’ championship leader, said.

“I’m excited for that fight.” Hamilton has already won the Canadian Grand Prix six times in his career, but he sees genuine reasoning why Mercedes’ rivals can push them hard this weekend.

“There’s not a huge amount of corners, there’s a lot of straight-line speed. Honda have really picked up their pace with their engine this year so the Red Bulls should be really strong, and they’re great through corners,” he added.

“The Ferrari is generally the quickest car in a straight-line all year long. In the past races we’ve managed to catch them up through the corners but whether or not that will be the case this weekend, time will tell.

“I hope that there’s a real close battle between us all.” Hamilton is 2.05 to win the Canadian Grand Prix, with teammate Valtteri Bottas 3.40 and Ferrari’s Sebastian Vettel 4.50.