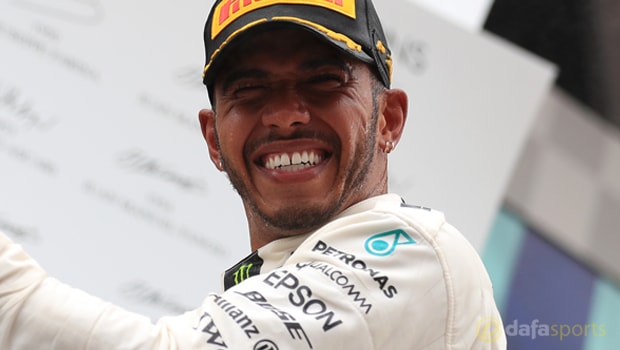 Lewis Hamilton feels Ferrari may dominate the Hungarian Grand Prix after they secured a front-row lockout for Sunday’s race.

Hamilton, one point behind Vettel going into the last race before the summer break, could only take fourth spot behind Mercedes teammate Valtteri Bottas.

Ferrari have not won a race since Monaco in May, but their strengths on the high-downforce circuit at the Hungaroring will make them very tough to overhaul, according to Hamilton.

“I think it’s going to be an easy breeze for them,” predicted Hamilton. “Getting past the Ferraris will be almost impossible unless they have problems.”

Mercedes team boss Toto Wolff meanwhile feels only a fast start can aid Bottas and Hamilton in their attempts to overhaul the front-row duo, and he says it could easily become a case of ‘damage limitation’ for his drivers.

“It’s still motor racing, lots of things can happen during the race, and we’ll see what end result it will be.

Mercedes have won three of the last four races, a run that allowed the Silver Arrows to establish a 55-point lead over Ferrari in the Constructors’ Championship.

That run also enabled Hamilton to close the gap on four-time world champion Vettel to the minimum.

The return to a tight and twisty circuit with a series of slow corners in Hungary has seen Ferrari re-emerge at the head of the field, replicating their one-two qualifying result from Monaco as they grabbed pole in Hungary for the first time since 2005.