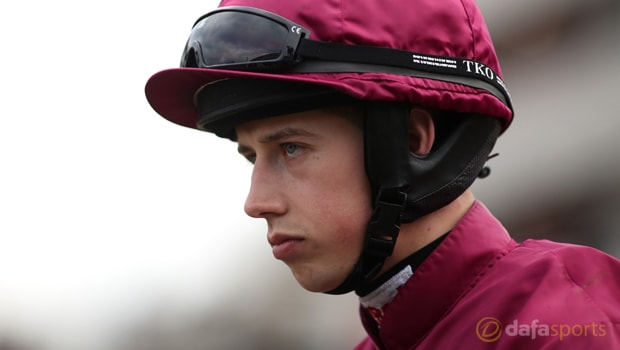 Bryan Cooper was axed as retained jockey for Gigginstown House Stud on Friday but the Gold Cup-winning rider still has a future riding for the powerful owners.

That was the view of Gigginstown racing manger Eddie O’Leary after he announced that the operation would not be appointing a permanent successor to Cooper for the jumps season ahead.

Instead, Gigginstown intend on using the best available jockey on a race-to-race bases, something Cooper will remain very much part of.

O’Leary insisted the only change would be that the 24-year-old will no longer have first choice on the Gigginstown runners.

Cooper has been number one rider for Michael O’Leary’s powerful operation since early 2014, but that status was altered on Friday following a meeting between the Ryanair boss and the jockey.

“There’s been no parting company, we’ll still be using him a lot – he just won’t have automatic first choice as of today,” Eddie O’Leary said in his statement.

“We’ll still be using and supporting him, but he won’t have first call on the horses, that’s all.”

Cooper enjoyed a glut of Grade One wins for Gigginstown since taking his position in early 2014, the highlight coming in March last year when he guided the Gordon Elliott-trained Don Cossack to victory in the Cheltenham Gold Cup.

He had replaced the axed Davy Russell as retained jockey and O’Leary highlights the surge in form, including a Cheltenham Festival double for Gigginstown in 2014, that Russell enjoyed after his departure as a focus point for Cooper now.

“Bryan hasn’t been dropped in lieu of somebody else,” O’Leary added.

“There won’t be somebody else. If it lights a fuse under Bryan like it did with Davy Russell, who started riding like God after it, all the better – Bryan will get buckets of rides.

“If it focuses him it could make a far better jockey out of him.”