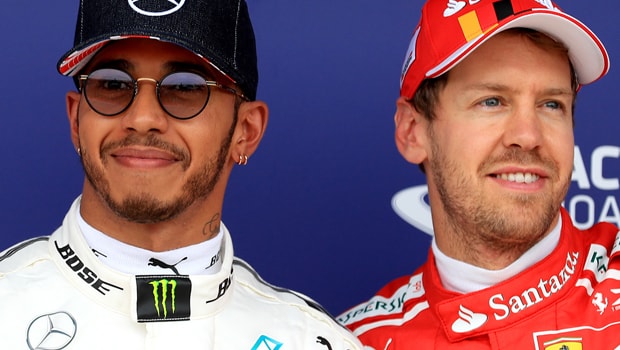 The Ferrari driver collided with Valtteri Bottas’ Mercedes not long after the start, a coming together the former took the blame for post-race.

Vettel received a five-second penalty for the altercation and would eventually finish fifth in France, two places ahead of Bottas.

Hamilton suggested on Sunday that it was too lenient a penalty if it allowed Vettel to still finish ahead of Bottas.

The Briton has had a chequered relationship with Vettel at times in the past but Hamilton now says a multiple world champion deserves more respect when an error does come along. “I don’t feel like Sebastian needs criticising,” Hamilton said.

“He is a four-time world champion and has won more than most. Everyone jumps at one single fault from any of us.”

Hamilton leads the championship by 14 points from the Ferrari driver after he won the race in France. Vettel has twice this season suffered repercussions from poor decision-making.

He misjudged an overtaking move at the Azerbaijan Grand Prix and dropped from second to fourth.

Ahead of this weekend’s Austrian Grand Prix, Hamilton expanded on his feelings regarding the penalty issued to Vettel, but also hit out at the need to criticise a “split-second decision”.

“People jump on the bandwagon and love to talk negative about someone,” Hamilton added.

“It is a strange scenario when a split-second decision can have a result as it did, yet a penalty of five seconds doesn’t appear to be significant enough.

“But that is the rules and it is a penalty nonetheless and he served it and moved on.

“It is a penalty already when you get hit at Turn One and you have to trundle around and do a pit stop and work your way from the back. The stewards have a difficult job. It is done and dusted and we move forwards, and hope there are no more moving forwards.”

Hamilton is 1.40 to win the world title again this season, with Vettel now 3.00 to be the champion for the first time since 2013.