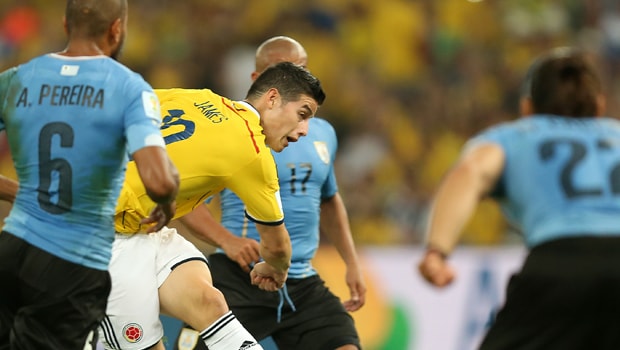 Jose Pekerman has said he is “very concerned” about the fitness of James Rodriguez ahead of Colombia’s last-16 clash against England on Tuesday.

The 26-year-old, who spent last season on loan at Bayern Munich from Real Madrid, was taken off in the 31st minute of his team’s 1-0 victory over Senegal on Thursday.

Reports have suggested Rodriguez is struggling to shake off an ongoing calf injury and Pekerman said Los Cafeteros will give their star player – quoted 34.00 in the top Colombia goalscorer betting – every chance to prove his fitness.

“I am very concerned; it is a situation for us,” the coach told reporters.

“He trained normally for us until yesterday (Wednesday). He was fully fit in training, and in the last training session there was no hint of any injury.”

Rodriguez put himself on the world map four years ago in Brazil, with six goals as Colombia reached the last eight. He has scored 21 goals in 66 international appearances.

He played only the final 30 minutes of Los Cafeteros’ opener in Russia, a 2-1 defeat by Japan, but started the second game, a 3-0 victory over Poland.

The South Americans will take on England next and Pekerman suggested 2014 Golden Boot winner Rodriguez was a genuine injury doubt.

“It is not comfortable for us,” he said. “Right now, I do not know where he stands.”

“We’ll wait and see how he wakes up tomorrow,” Falcao said. Colombia are currently priced 1.50 to exit the Fifa showpiece tournament at the last-16 stage against the Three Lions and 9.00 to reach the final.