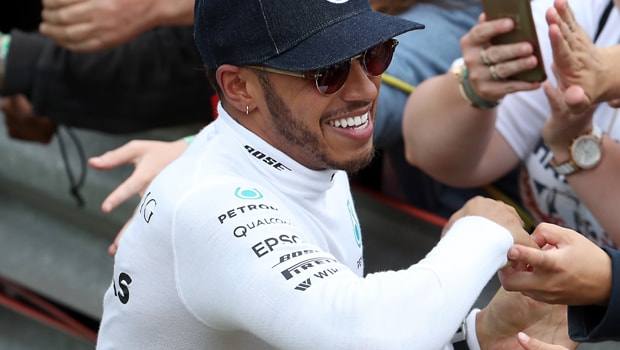 World champion Lewis Hamilton feels Mercedes have much to work on if they want to be competing for victory in Sunday’s Monaco Grand Prix.

Mercedes arrived at last year’s event in the Principality aiming to become just the second team in history to win five Monaco GPs on the spin but missed the podium altogether as Ferrari and Red Bull dominated.

It was a similar story in the early exchanges in Monaco this time around.

Hamilton was only fourth-fastest in Practice Two on Thursday. The Briton was within a tenth of a second of chief title rival Sebastian Vettel but once more the Red Bulls of Daniel Ricciardo and Max Verstappen had control, more than half-a-second faster than anyone else.

Hamilton wasn’t surprised, he had predicted as much, but he does feel there is enough for Mercedes to work on during Friday’s rest day if they want to be competitive in qualifying and come raceday on Sunday.

“It’s been an OK day,” said Hamilton of Thursday’s work.

“No damage, which is a good thing. But tough.

“I said yesterday that the Red Bulls were going to be quick, which they naturally were. I’d say we struggled a little bit more. Struggled, as expected.

“We’ve got some things to work on and we’re not completely in the dark, much better than we were last year.

But we’ve got a lot of ground to cover and pick up if we want to be in the fight for the win.” Hamilton was seventh in the race itself last year and he feels fourth in P2 wasn’t a bad effort to start off.

“I didn’t know where I was going to be yesterday, but last year was a disaster so we are a lot closer and I didn’t finish my last sector and that was at least three tenths or so, so if you put that back in, we’re a lot closer than I anticipated,” he added.

Hamilton is 5.25 to win Sunday’s race, with title rival Vettel available at 3.75 – both behind the Red Bulls in the betting.