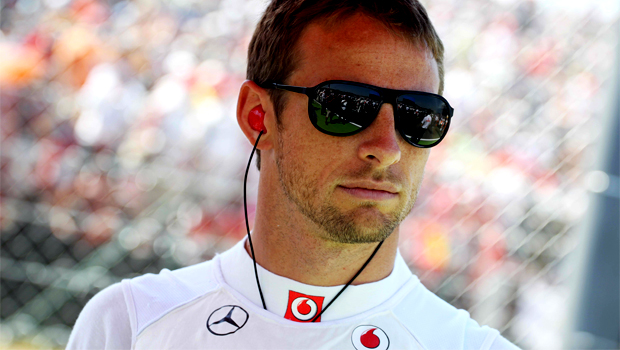 Jenson Button admitted that the season so far has been tough one for him to endure but is confident that team is back on right track and can still challenge from here on in.

The 33-year-old is of course used to being at the forefront of proceedings, having tasted the ultimate success by winning the world title in 2009.

Although that was while racing for Brawn, Button was at least able to win races after switching to McLaren even if he failed to add to his one world crown.

That was until this year when McLaren has largely struggled throughout the campaign, with neither Button or Sergio Perez able to even attain a podium finish in the first half of the campaign.

There has been something of a turnaround though for the McLaren pair as both have finished in the points in the last two races, and Button feels the team has turned a corner.

“For both Sergio and I it’s been a difficult season,” Button said. “McLaren is known for being at the front, fighting for race wins, and definitely fighting for podiums pretty much every grand prix.

“So when you don’t have that it’s mentally very tough.

“Although the start of the season was difficult for us, as it was for the whole team, I really do feel we have grown together and improved over that period of time.

“But it’s really helped us because you fine tune every single detail when you are in that position, to get every hundredth of a second out of every part on the car.

“I feel when we have a competitive car we will be ready for it.”

The teams are currently enjoying their mid-season break with the action set to resume on August 23-25 at the Belgian Grand Prix – a race Button won last season, having finished third in 2011.

Topics: Bet on Formula One, Bet on McLaren, Formula One Odds, McLaren Betting