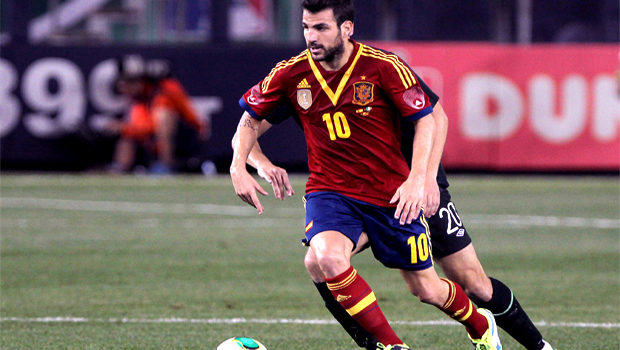 Manchester United appear resigned to having to switch their focus after saying that they ‘respected’ Cesc Fabregas’s wish to stay at Barcelona.

Man United boss David Moyes had made signing a new midfielder his top priority and had already tabled two bids for the former Arsenal captain, with speculation suggesting a third was on its way.

Fabregas had largely stayed quiet on a potential return to the Premier League but has finally put an end to the rumours by declaring his intention to stay at the Nou Camp, insisting that he hasn’t once thought about moving back to England.

“Triumphing in Barcelona is what I have been hoping for all my life, it’s been my dream since I was a child,” Fabregas said

“I am very happy at Barcelona and I haven’t spoken to any other club in the last two years.”

“I was never given any sign from the club to make me think they didn’t want me, I have always felt wanted here. I spoke to Bartomeu, the president (Sandro Rosell) in person and Tata also told me he wanted me to stay and there’s been no problem.”

United seem destined to drop their interest in the midfield playmaker and turn their attentions elsewhere.

“We appreciate Cesc is a contracted player at Barcelona and completely respect everything Cesc has said,” a United spokesman said.

It is not been a happy summer so far for new Old Trafford chief Moyes, who has yet to bring in reinforcements having seen bids for both Thiago Alcantara and Fabregas fail to come to fruition.

The former Everton boss has been linked with a raid on his former club with reports suggesting Marouane Fellaini is now a target, although Moyes will be hoping for better joy after having a bid for left-back Leighton Baines flatly rejected by the Toffees earlier this summer.