Jenson Button already has eye on starring at Silverstone 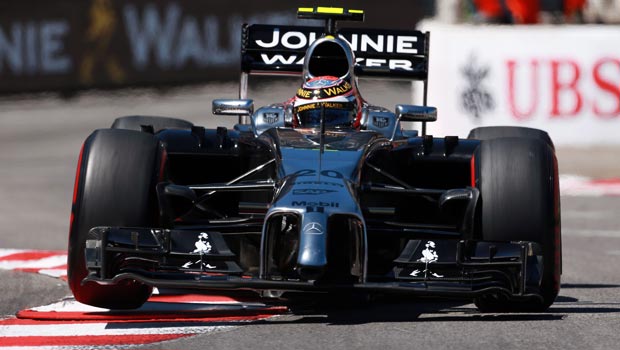 Despite lining up in this weekend’s Canadian Grand Prix, Jenson Button already has his eyes on a podium finish at next month’s British Grand Prix.

Although Button will be fully focused to do his best for McLaren in Montreal this weekend, the 34-year-old has high hopes that Silverstone will really kick-start a season that has stuttered along so far.

The season-opening Australian Grand Prix in Melbourne saw Button awarded third place after the disqualification of Daniel Ricciardo, but since then there has not been much to celebrate, with no points managed in China, Bahrain or indeed Spain, while sixth place in Monaco, although gaining some much needed points, is hardly reason to be ecstatic.

However, Button can point out that it was he who triumphed in Canada three years ago, so there is hope that more points will be accrued before the circus moves on to Austria prior to Silverstone.

Looking back on recent events, Button said: “The points we scored in Monaco were okay, however the most important thing for us as a team was not how many points we picked up there but the progress.

“I feel there is progress being made in the team. The way the car feels is good, and we are going in the right direction.

“It’s still going to take time. We’re not going to set the world alight in Canada this weekend, but hopefully there will be a bit more progression.

“Then we’ve Austria, then Silverstone where it would be nice to have a good package. I think we’ll have some good parts for there.”

McLaren racing director Eric Boullier will be hoping that Button, whom he would like to keep on when his contract runs out at the end of the season, is right.

Button is a massive 151.00 with Dafabet to win in Canada this weekend, with Championship leader Lewis Hamilton heading the market on 1.48.