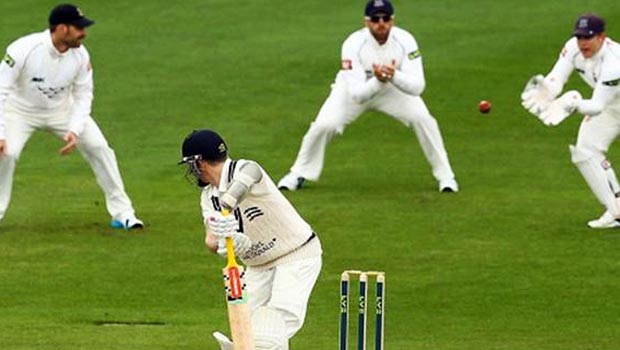 England’s cricket selectors have named three uncapped players in the squad to face Sri Lanka in the first Test at Lord’s next week.

Opening batsman Sam Robson, and all rounders Chris Jordan and Moeen Ali, could all be in the first 11, while seamer Liam Plunkett returns to the fold for the first time since 2007.

As expected, though, Jos Buttler – whose dismissal in the final one-day international at Edgbaston this week caused much controversy – is omitted to make way for number one wicketkeeper Matt Prior, now recovered from an achilles injury.

In total there are six changes to the team that was involved in England’s final Ashes Test defeat in Sydney earlier in the year, ironically the birthplace of 24-year-old Middlesex batsman Robson, who may well help usher in a new era.

Robson impressed with his performances in Australia and Sri Lanka for the Lions last year, and it is just reward for his efforts.

National selector James Whitaker explained: “The winter form (showed) his excellence – five hundreds there, and he showed some great characteristics.

“He has a great attitude and is very fit, focused and disciplined – all the attributes Peter and Alastair want in their squad.

“All along, Sam has had the hallmarks of the next England opening batter.”

Plunkett meanwhile has had a big change in fortune since moving from Durham to Yorkshire last year, having won the last of his nine Test caps against West Indies at Old Trafford in June 2007.

England’s selectors have been particularly impressed by Plunkett’s pace so far this season.

Whitaker pointed out: “He’s had some really quick spells, 90mph. One of his quickest was at Lord’s, a few weeks ago, so he’ll be confident there.”

Worcestershire player Moeen is selected in England’s middle order, but also as an off-spinner, and has won nine limited-overs caps in recent months.