Formula One: Mercedes look for more glory in Malaysia 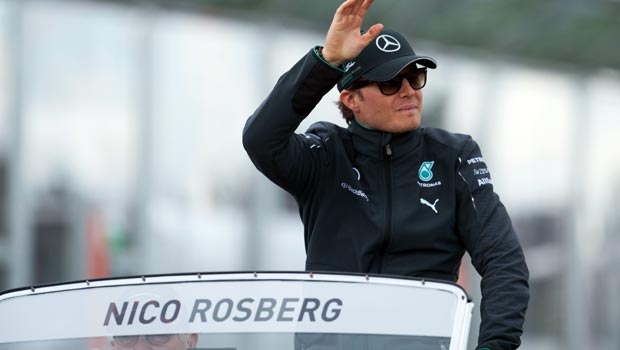 Australian Grand Prix winner Nico Rosberg wants to hammer home Mercedes’ early advantage at the second race of the Formula One season in Malaysia this weekend.

Mercedes have stolen a march on their rivals after adapting to the new regulations far quicker than the rest of the grid.

Rosberg took the first chequered flag of the new season, and whilst many of his fellow drivers continue to make lots of noise about the quieter V6 engines, the German is solely focused on making it two wins out of two in Sepang.

“The chances are that we will be right at the front, as it seems we already have a bit of an advantage over the other people,” the German said.

“Of course Melbourne is not a benchmark as a race so we should be cautious with that but we are looking good so, for sure, it will be possible to get a great result here.

“It’s been a fantastic start to the season. I think the whole team has done a great job with these new regulations with the car and engine and the power they have built.”

While Rosberg was left celebrating his fourth F1 career win in Australia, team-mate Lewis Hamilton had long since retired due to engine failure on the third lap.

The Briton is mindful that the testing conditions in Sepang, where temperatures are forecast to be in the low to mid-30s, could have a bearing on the outcome.

“When you lose 25 points that’s a serious deficit to catch up and from one DF (did not finish) you can gain a large amount. I hope for our team that we don’t have any more DFs this year.”

Despite the disappointing start to his season, Hamilton shared Rosberg’s confidence in the car and said it was important the team made the most of their advantage before the grid inevitably made up the time over the year.

“Everyone else is pushing massively hard to catch us up and we can definitely not sit back and relax – we have got to keep pushing and keep trying to develop the car,” he added.

“We’ve got to try and capitalise as much as we can, I tried to do that in the last race and I will try and do that from moving forward. We should be strong this weekend.”