Snooker: Rusty Ronnie O’Sullivan eases into next round 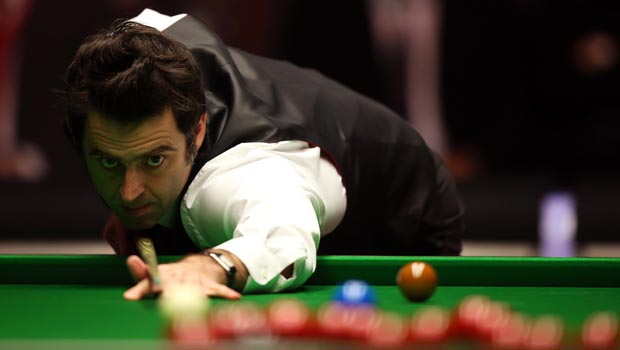 Number three seed Ronnie O’Sullivan set up a second-round showdown with Yu Delu on Friday after brushing aside Scott Donaldson 4-0 in his opening game at the Players’ Championship Grand Final in Preston’s Guild Hall.

Even in such a strong field containing three other world champions, O’Sullivan still remains the man to beat and his opening performance will have done nothing to change that view.

Returning to the same venue where he won his maiden ranking title in 1993, O’Sullivan made breaks of 109 and 73 to give a little glimpse of the fireworks that might lie in store.

“I got off to a good start and I think that maybe put a little pressure on Scott,” O’Sullivan told worldsnooker.com. “I feel a little bit rusty, but each match I played in the Masters and the Welsh I got more into it, so I’d rather be underplayed than overplayed.

“I still feel like I’m a little way off sharpness but as long as I can win my first match and my second match then it should click in, I’ll gather momentum and get sharper as the tournament goes on.”

Should O’Sullivan see off China’s Delu, who is the rank outsider at 10.09, he is scheduled to play the winner of tonight’s England versus Wales clash between Barry Hawkins and Ryan Day.

While the world’s best snooker players compete for the coveted Players’ Championship trophy and a cheque of £100,000, legend Steve Davis has an altogether different fight on his hands.

The six-time world champion was edged out of the top 64 in the prize money list by results in Preston and now faces a series of do-or-die matches at Ponds Forge in Sheffield, a stone’s throw from the Crucible, the scene of his greatest triumphs, to maintain his presence in the world’s elite.