Bayern Munich: ‘Pep Guardiola is the special one’ – Thierry Henry 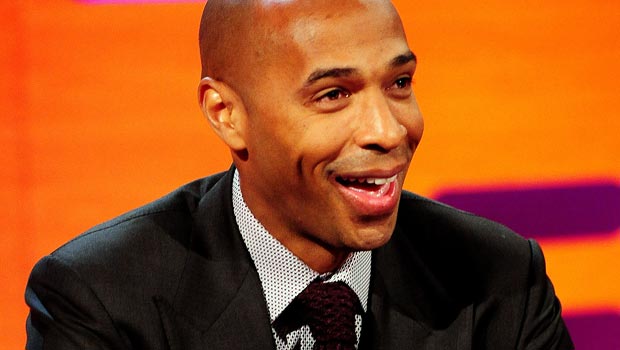 Henry spent three years at Barcelona whilst Guardiola was in charge of the team and he believes the Spaniard is without peers in the current game – including Arsene Wenger, who was his long-time father figure at Arsenal.

Reflecting on his career in an interview with Spanish newspaper, AS, Henry said: “In football, I love the Arsenal. It’s my home.

There I found happiness, after passing through Monaco and Juventus. Playing at Highbury was special; I liked having the fans close in every game. Then came Barcelona, a separate entity to the rest in many ways, a special club that made me feel about football, culture and life differently.

“Look, I want to make one thing clear. Wenger and Arsenal, compared to the rest, would be like the Chicago Bulls and Michael Jordan in basketball, something different, an inexplicable feeling. That said, Guardiola is the best coach which currently exists.

“Pep knows what will happen in the games and how to succeed in every way. And the greatest thing is he’s always right. He has it all in his head. He is special.”

Whilst Henry is currently in the USA with Major League Soccer side, New York Red Bulls, Guardiola is now working his magic with Bayern Munich.

During his four years in charge of the Catalans, Barcelona won an incredible 14 trophies.

But the pressure to maintain such levels of success eventually told and he walked out in April 2012, the harrowing Champions League semi-final loss to Chelsea proving too hard to take.

“We were incredibly successful – 14 titles within four years meant the best era in the club’s history – but such things can also be a curse,” he said.

“I found it increasingly difficult to motivate my team.”

Guardiola has had no such problems in Germany since replacing Jupp Heynckes in the hot seat at Bayern. The Champions League quarter-finalists are unbeaten in the Budesliga, drawing praise from striker Claudio Pizarro.

“I obviously knew about the titles he won at Barcelona and I heard a lot about him before he arrived. We knew we were getting a great coach,” the former Chelsea player said.

“Now we’ve been working with him for nearly a year and we can see why he’s so great. His philosophy of football, his system, the way he analyses opponents and the way he prepares us for games. The focused way he works is unique.”