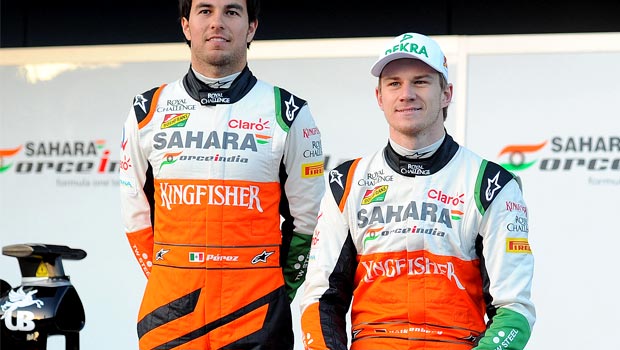 Nico Hulkenberg has insisted that Force India have the quality to keep the early-season momentum going after enjoying the best start to a campaign in the team’s history.

Force India have been the surprise package in the opening four races of 2014 – Hulkenberg and Sergio Perez have picked up three double-points finishes.

German ace Hulkenberg has been consistent in the early stages of the season, finishing in the top six in each outing to help his team climb to a lofty third in the constructors’ championship.

Hulkenberg and Perez were both drafted in during the close season from Sauber and McLaren respectively and have settled in immediately, handing the team a real chance of challenging for silverware.

Hulkenberg currently sits fourth in the drivers’ championship – trailing Fernando Alonso and Mercedes duo Lewis Hamilton and Nico Rosberg – and he hopes that the results continue to flow when they return for the European leg in Barcelona.

“At the start of the year, the team said it wanted to improve on last year and so far it’s going according to plan,” Hulkenberg said.

“We have 54 points from four races and we are third in the teams’ standings. Yes, there is a long way to go, but I believe we can keep up the momentum.”

The former Sauber driver believes that a lot of credit must go to the people behind the scenes who took a gamble by sacrificing last season in order to get a jump on the 2014 campaign.

He continued: “I think new regulations create a reset for all teams. It changes the established order a bit and that is what we’ve seen this year. I think it has given us a chance to be more competitive than in previous seasons. The team sacrificed a lot last year to concentrate on 2014 and I think it has proved to be a sensible decision.”