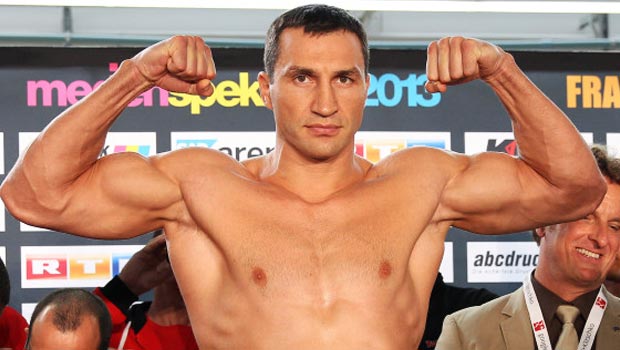 Wladimir Klitschko has revealed he has no plans to retire any time soon as he looks to continue his dominance of the heavyweight division.

The Ukrainian has been the king of his weight class for a number of years now, along with brother Vitali, and has been world champion since 2006, currently holding the WBA, IBF, WBO and IBO world titles.

He will put his belts on the line on Saturday night when he takes on Australian Alex Leapai. He is the overwhelming favourite to retain his titles, with Leapai coming into the contest with very little world title experience.

Despite his age, Klitschko is adamant that he wants to carry on for the next few years. Light-heavyweight Bernard Hopkins has set the standard, with the veteran American retaining his own world title at the age of 49 last weekend.

The likes of Dereck Chisora, Tyson Fury and Deontay Wilder are all knocking on the door in the heavyweight division, with the latter expected to cause problems due to his explosive style. Fury is another man who could worry Klitschko, but the Ukrainian is confident he will still be the man to beat for years to come.

“I just turned 38, but that’s only a number,” Klitschko said.

“I am still extremely hungry and better than ever. A few years ago, I thought I couldn’t improve, but my mission is still a long way from over. I want to box on for ten more years.

“I feel the combination of experience, athletic-ability, technique and strategy makes me the complete professional.”