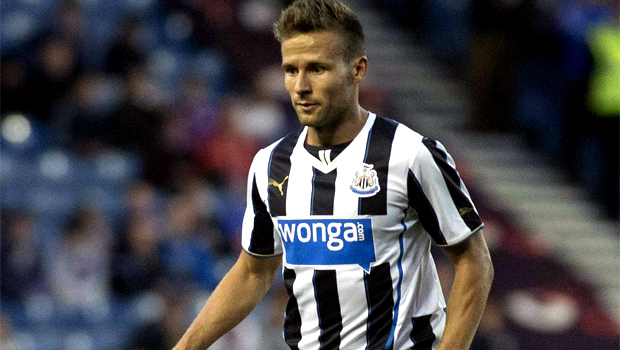 Newcastle boss Alan Pardew believes that Arsenal’s bid for midfielder Yohan Cabaye had a huge impact on his side’s 4-0 loss to Manchester City at the Etihad.

Cabaye was subject to a £10million bid from the Gunners on Monday afternoon forcing Pardew to withdraw the French star from his squad for the fixture.

The Magpies boss felt that the 27-year-old would not be in the right frame of mind to feature in his side’s opening game of the new Premier League season.

The former Lille man had travelled to Manchester with the north-east outfit before being sent back home following the offer.

Pardew had to endure a miserable evening at the Etihad as his side were put to the sword by Manuel Pellegrini’s side, at times lacking that creative spark so often provided by Cabaye.

The former West Ham manager believes that it is wrong for the transfer window to remain open after the Premier League gets underway and he said the rules should change.

Pardew said: “You prepare for three days with a player of that talent and that was taken away from us.

“It had a huge bearing on the result as well.

“Why [Arsenal] couldn’t do us the respect and the honour of waiting until Tuesday evening is beyond me,” said Pardew.

“It is pretty obvious that I am upset about it.”

Arsenal made the bid for the France international after Arsene Wenger came in for criticism when his side fell to a shock 3-1 home defeat to Aston Villa.

Wenger has been looking to add some further quality to his squad all summer with a couple of high-profile targets turning down deals to head elsewhere.