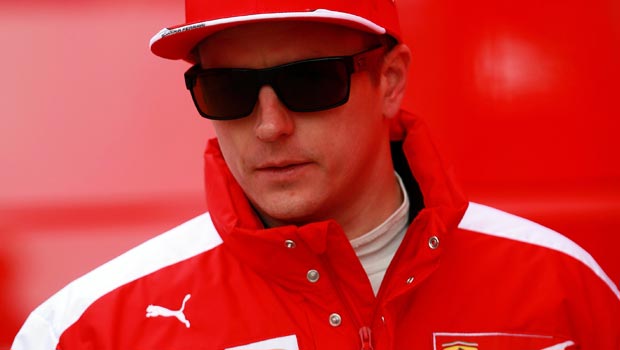 Ferrari driver Kimi Raikkonen is confident of recording a better result at the Malaysian Grand Prix on Sunday after his season-opening retirement in Australia.

The Finn, who won the World Championship back in 2007, was forced to retire in Melbourne after the team failed to properly attach his left rear tyre at his final pit stop.

It was a disappointing result as Ferrari looked on course to have both Raikkonen and new arrival Sebastian Vettel in points positions at the end of proceedings.

In the end it was the German who clinched third place although it was the Mercedes duo of Lewis Hamilton and Nico Rosberg who dominated, with the pair finishing first and second respectively.

There were positives to take from Australia for Ferrari as the legendary racing outfit looked quicker and more reliable than last season.

Not a single race victory was recorded in the previous campaign and Fernando Alonso, who has since moved to McLaren, had the best finish which was a second in Hungary.

Raikkonen, who ended up 12th in the standings last year, is feeling confident about the upcoming Malaysian Grand Prix and is hoping to open his points account.

“Obviously I hope it’s better than Melbourne!” he said. “We have the speed and things are running smoothly. We just need to avoid mistakes and we had some bad luck at the start.

“The car has been good at every circuit we’ve been at so far so I don’t see why it shouldn’t be good here. I think it could be even better than it was at the last race; it’s a proper circuit and should fit well here.”

Hamilton is the favourite in Malaysia at 1.55 to record back-to-back victories while The Field are 2.47.