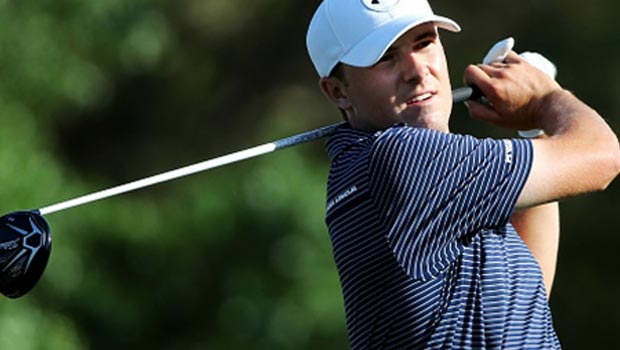 American sensation Jordan Spieth says he feels better about the state of his game and the 21-year-old is also happy with his preparations for the Masters at Augusta National next month.

The Texan has been in sensational form this season and since the turn of the year the youngster has recorded four top-10 finishes, with one of those being a victory in the Valspar Championship.

The 2014 USA Ryder Cup member demonstrated a real mental toughness and showed he has the ability to cope under pressure, with a 28-foot birdie putt in the third extra hole defeating Patrick Reed and Sean O’Hair in a play-off.

The result has moved the American up the world rankings to sixth and, judging by recent performances, a further rise up the standings may not be too far away.

The first major of the year is just around the corner and Spieth, who is the third youngest player in PGA Tour history to win multiple PGA Tour events behind Tiger Woods and Sergio Garcia, will be hoping to build on his brilliant debut at Augusta last season.

Spieth was in the final group going into the final round and, with nine holes to go, was in with a huge shout of winning the tournament but it was compatriot Bubba Watson who turned on the style to pick up a second Green Jacket.

A tied-second finish for Spieth was a fantastic result and the 2013 Rookie of the Year has revealed he will play in the Texas Open and Houston Open in preparation for the Masters.

“I feel better going in this time around than I did last year,” he told sportal.com. “Last year at this point I’d actually had a really good season. This year I feel a little better having closed that tournament out.

“I also missed the cut in Houston last year, so I went in with some questions, I guess, right off of an early finish. Hopefully this year I can play eight tournament rounds prior to arriving on the grounds.

“My swing feels better, putting stroke is getting there. I putted well the last two weeks. But that’s just going to be a whole another thing once you get on those slick greens. So, all in all, I’m very confident about where I’m at going in.”

World number one Rory McIlroy is priced at 5.76 to pick up his first Green Jacket to complete the Grand Slam while The Field are a 1.14 shot.