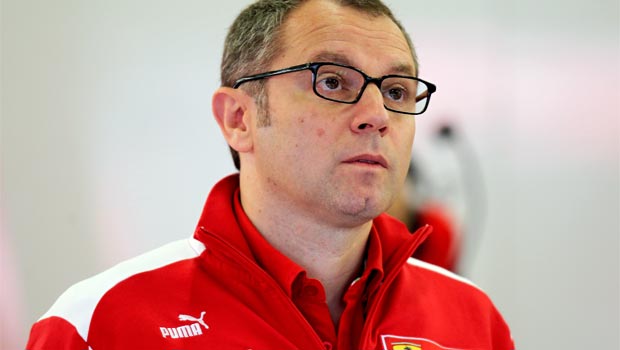 Ferrari Team Principal Stefano Domenicali says it is unwise to draw early conclusions from pre-season testing as the sport gets to grips with wide-ranging rule changes ahead of the 2014 season.

Formula One has undergone a major overhaul of the regulations for the new season and not all the new rules have gone down well in testing.

A swap to 1.6-litre turbocharged V6 engines and a new 100kgs fuel limit per Grand Prix has led some to complain much of the grid will struggle to finish races – a prediction given weight as several teams struggled badly just to compete laps at the first testing session at Jerez recently.

However, Domenicali says it is too early to predict how the changes will affect the season and warned against the “scare-mongers” and “self-destruction” which serves no purpose.

“In this situation, it’s best not to rush to draw any conclusions, and play into the hands of those scaremongers, as a propensity for self-destruction serves no purpose,” he said. “Every time there are changes, there are discussions, which is natural.

“We have only had one test so far when there were never more than four or five cars on track at the same time. Let’s wait until we see all 22 together before saying that everything’s gone wrong.

“Once a path has been chosen, one has to move forward in a constructive manner. If after a certain period of time we see that an element of excitement is really missing, such as engine noise, then we can see how best to react.”

Domenicali is confident the new regulations will not affect the sport’s popularity even though he believes a plan must be put in place to attract youngsters back to F1.

He added: “Personally, I don’t think this aspect will keep people away from the racetracks. We should be more concerned with the Grand Prix event as a whole and we need to find a strategy to attract youngsters to our sport, which today has a hardcore of fans aged between 35 and 50.”

The 2014 F1 season gets underway with the Australian GP in Melbourne on March 16 with Kimi Raikkonen back at Ferrari alongside Fernando Alonso for the new campaign.