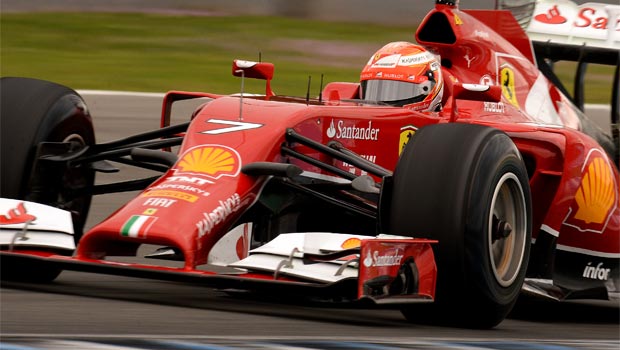 Ferrari Team Principal Stefano Domenicali insists that Kimi Raikkonen has returned to the team as a “more mature driver” who will work better with the team.

The Finn has returned to Ferrari ahead of the 2014 season after four years away. His relationship at the Scuderia broke down in his first stint with the team, but he is back to try and win another World Championship this season.

He returned to F1 last season with Lotus but he has been chosen to partner Fernando Alonso as the team look to put pressure on Red Bull and Mercedes in 2014.

And Domenicali is adamant that he has noticed a change in the 34-year-old.

“I’ve found him more mature, like all of us, more experienced, very close to the team,” Domenicali told Gazzetta dello Sport.

“He has come [to the factory] often already, and will come back to Maranello practically every week.

“He is conscious of his capabilities. Kimi knows what team he’s in, he knows this is a very important challenge for him, he knows he has to deal with an ace like Fernando, with whom he’ll have to work in an integrated way.”

Raikkonen, although often outspoken, has been praised for his mental strength and Domenicali admits they were impressed by his ability to handle pressure.

“Our decisions are taken in a rational way, not emotionally,” Domenicali said.

“A driver that knows how to manage the pressure of teaming up with Alonso and racing with Ferrari, which is always under the spotlight and if it ends up second it’s a tragedy.

“Not many drivers have these credentials. The track will tell us if we’ve made the right decision.”

Raikkonen can be backed at odds of 1.460 along with the rest of the field to take the world title, with Sebastian Vettel 2.750 to win his fifth successive championship.