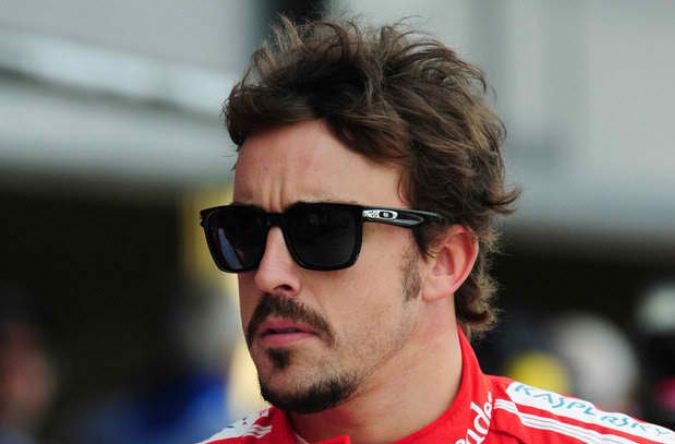 Fernando Alonso has admitted that he is worried about Ferrari’s lack of pace following Sunday’s British Grand Prix.

Although he eventually finished third behind Nico Rosberg and Mark Webber, the Spaniard knew he had his work cut out going into the race after only managing to qualify in 10th place on the grid while team-mate Felipe Massa battled back from a rear tyre blow-out to come home sixth after qualifying twelfth.

This is not the first time the double world champion has been forced to battle back from a poor Saturday session and to hear him complain about a lack of pace is hardly something new.

Despite driving an inferior car, Alonso almost claimed his third world title in 2012, only to be pipped by Sebastian Vettel in the final few races.

His displays throughout the year saw him earn plenty of plaudits as he regularly used his nous and tactical acumen to out-think his quicker rivals.

The 31-year-old’s third-place finish on Sunday saw him cut the gap on Vettel at the top of the standings and although he admits he was pleased by his finish at Silverstone, the former Renault man concedes his lack of pace is hindering his chances of success.

“Overall I think it was a very lucky race for us,” said Alonso. “Looking at the problems with tyres for some of the drivers, the drivers who didn’t have any problems have to feel lucky.

“I have mixed feelings. I’m happy for the points because we reduced the gap a little in this race, but we saw this weekend that the pace is not good enough. I trust the team. There is a lot of work to do, but we are united.”

Vettel failed to finish the British Grand Prix after suffering gear-box failure while leading, so Alonso has cut the gap to the leader down to 21 points with Kimi Raikkonen, who came home in fifth place at Silverstone, 13 points further adrift in third.