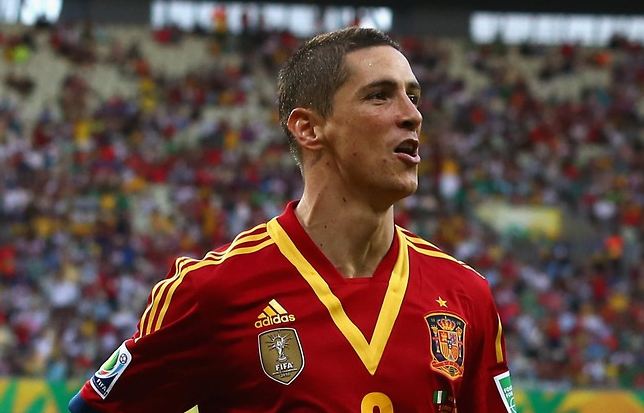 After being humbled 3-0 by Brazil on Sunday, Spain will return to South America next year to exact revenge and lift the World Cup, according Fernando Torres.

Spain actually went into Sunday night’s Confederation Cup final as underdogs, but few could have foreseen the current world and dual European champions being turned over so comprehensively.

It all went wrong inside the first two minutes when Fred converted from close range, and after David Luiz popped up on 41 minutes to deny Spain an equalizer with a goal-line clearance, Neymar smashed in the second two minutes later.

Spain’s fate was sealed just after the interval when Fred added his second to make it 3-0 and Spain’s misery was compounded when Sergio Ramos missed a penalty followed by the dismissal of Gerard Pique for bringing down Neymar, who he’ll be sharing a dressing room with at Barcelona next season.

The Maracana was in raptures as the hosts ended Spain’s unbeaten run of 29 matches going back to 2010, but Torres was able to take some positives out of his side’s crushing defeat.

“Everybody thinks that Spain should win every match and reach every final but it’s not as easy as that,” he said afterwards.

“This team doesn’t need a wake-up call, nor do we need a defeat to regain our motivation.

“If there is something positive to be taken from the match, it’s this: it’s confirmed something that we already knew – it’s not going to be easy to beat Brazil on their own patch.

“Next year we’re coming over here to make it four.”

Spain head European World Cup qualification Group I by one point from France after five matches and play their remaining three games away to Finland in September and at home to Belarus and Georgia in October.