F1: Valtteri Bottas urged to believe in himself 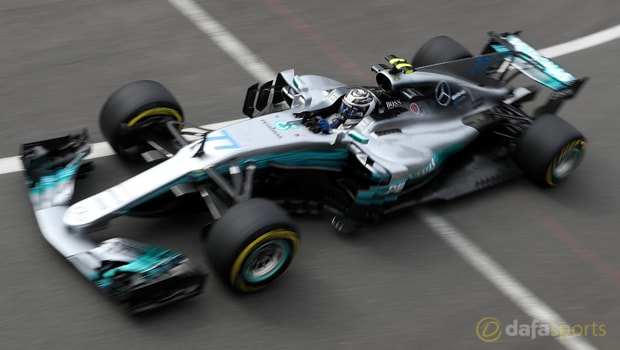 David Coulthard says Valtteri Bottas needs to keep believing that he can start closing the gap on Mercedes team-mate Lewis Hamilton in the final races of the season.

The Finn has impressed with how he has adapted to life at the Silver Arrows since joining from Williams, recording his maiden win in Russia before adding to his tally in Austria.

However, he has struggled to repeat his form in recent weeks, with a fifth in Malaysia and fourth in Japan seeing him lose further ground on Hamilton.

These performances have coincided with him signing a new deal at Mercedes for 2018 and he now has four races to show exactly why they have put their faith in him again.

The 28-year-old will get his first bite of the cherry at this weekend’s US Grand Prix, an event he has struggled at in recent years, coming home 16th 12 months ago after retiring in 2015.

Having watched the Finn’s progress this season, Coulthard has urged him to continue working hard and to start believing that he can challenge his team-mate on a more regular basis.

“I experienced the same sort of difficult times when I was at McLaren with Mika [Hakkinen],” Coulthard told Ilta Sanomat.

“Valtteri just needs to work hard, find out where the gap to Lewis is and believe that he will be able to close it.

“Valtteri is a quick and talented driver. As a person he is quiet and reserved, but he needs to think about his races and everything that brought him to this point and believe in himself.

“At the same time we also have to realise that he has one of the fastest ever drivers as his team-mate.”