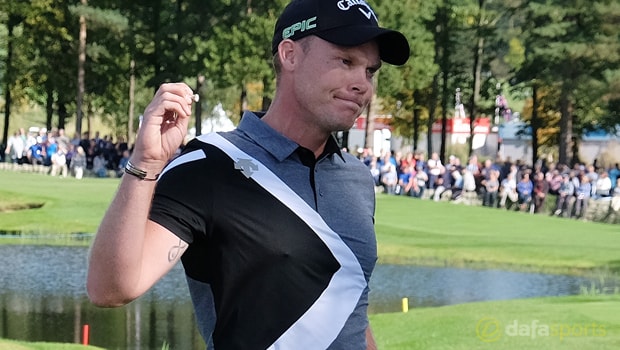 Danny Willett admits he fell out of love with golf in the aftermath of his brilliant win at the 2016 Masters.

The Yorkshireman upset the odds by taking advantage of Jordan Spieth’s collapse to claim the Green Jacket thanks to a magnificent closing 67.

It marked the culmination of a strong 12 months on the European Tour and also came after a big moment personally, having become a father in the days building up to the tournament.

However, things have not gone to plan since, with a huge drop off in form coinciding with a back problem that has heavily hampered his game.

As a result, he became the first reigning champion since Mike Weir in 2004 to miss the cut at Augusta, with his best result from the other majors coming courtesy of his 76th place finish at the Open.

It has understandably been a frustrating time for the 30-year-old and he admits there were occasions when he would have preferred to have been anywhere other than on the course.

“At the end of 2016 I was in contention in the Race to Dubai and I just didn’t want to play golf.

It’s utterly ridiculous,” he wrote in a blog on the European Tour website.

“I had entered the HSBC Champions in China, Turkey, Nedbank and Dubai – four of the biggest tournaments of the year – and I didn’t want to play. I just didn’t feel good enough to compete.”