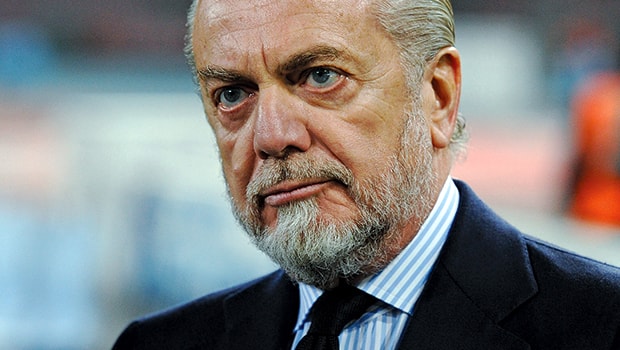 Napoli president Aurelio De Laurentiis believes some of his side’s best players should be rested against Manchester City in the Champions League on Tuesday.

The Partenopei head to the Etihad with some catching up to do, having lost to Shakhtar Donetsk earlier in the pool but have other matters to contend with.

Eight wins from eight has placed them in a strong position to break Juventus’ stranglehold on Serie A and they produced an extremely gritty performance to win at Roma over the weekend.

However, they next face second place Inter Milan on Saturday and De Laurentiis believes this game should be the priority, with them the current 1.91 favourites for the Scudetto.

The president feels the Nerazzurri match is more important than the clash with City, especially as he feels a win in Manchester is unlikely.

Instead, he would prefer to see some of his players rested to keep them fresh for the weekend and then have a real go at Pep Guardiola’s side at the San Paolo on November 1.

“City? I think that some of our players should sit out this game, with Inter only around the corner and being just as important,” the club president told Gazzetta dello Sport.

“For us, it could also be a game that’s almost impossible to win, but we’ll wait for them in Naples…

“It’s a very important moment for our season, and we need their passion. Serie A or CL the priority? We only have to worry about getting out of our group in Europe, not winning all our games.”

Napoli are currently 5.00 to win in Manchester, with the draw 4.33 and the Citizens the 1.60 favourites.