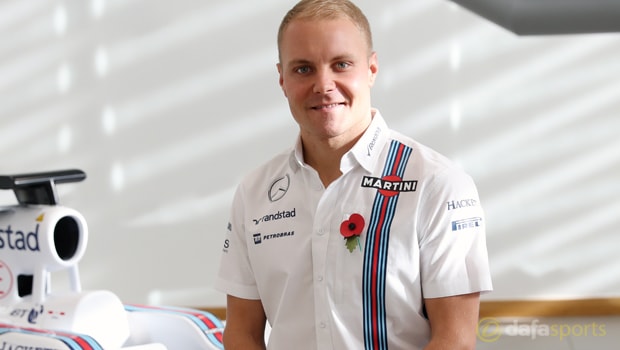 Mercedes are reported to have made an approach to Williams regarding the future of driver Valtteri Bottas.

With world champion Nico Rosberg having announced his retirement last month, Mercedes are in the market for a team-mate to partner Lewis Hamilton next season.

Bottas, along with 22-year-old Pascal Wehrlein, has been touted for the role and media reports suggest Mercedes have now confirmed their interest in taking the former away from Williams for next season.

Williams are thought to have rejected an initial approach from Mercedes, with a spokesperson insisting their driver line-up for 2017 will remain unchanged.

It was announced in October that teenager Lance Stroll would replace the retiring Felipe Massa alongside Bottas next season.

Williams’ engines are supplied by Mercedes, while Toto Wolff is part of Bottas’ management group.

The Mercedes boss admitted last week that persuading Williams to part company with the 27-year-old Finnish driver would be no easy task.

“Besides the personal relationship, where he’s a very likeable and intelligent driver, he’s also somebody who is very, very fast,” said Wolff.

“But he’s with Williams now, the lead driver, and is very important for the combination with Lance Stroll. Claire [Williams] and her team very much rely on him.”

With four-time world champion Sebastian Vettel committed to his contract with Ferrari and McLaren ruling out the possibility of Fernando Alonso switching, Bottas is top of Mercedes’ wish-list to replace Rosberg.

Bottas has yet to win a Grand Prix but he does have nine podium finishes on his CV. Hamilton is 2.20 to regain the drivers’ title in 2017, while Bottas can be backed at 8.00 to land the crown.