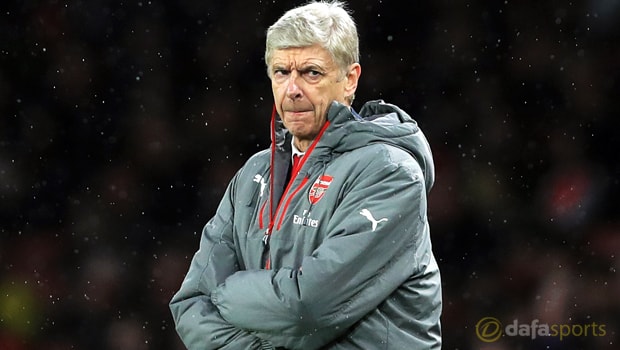 Arsene Wenger has confirmed defender Shkodran Mustafi is likely to be sidelined for three weeks after suffering a hamstring injury in the win over Stoke.

The Germany international was substituted after just 25 minutes as the Gunners recovered from the loss of a penalty to Charlie Adam in defeating Mark Hughes’ side.

Wenger has confirmed his initial prognosis for Mustafi but he is confident that Arsenal’s promising season will not be derailed by this setback.

“I don’t change my mind on what I said, about 21 days,” said Wenger when asked how long the defender would be sidelined for.

“It is a challenge because we had good defensive stability. We have Gabriel [Paulista], we have [Rob] Holding who can come in for him. “Overall, I am confident both can do well, but that’s one of the tests we have.”

Wenger highlighted the loss of Santi Cazorla to injury already this season as proof that his current Gunners side are capable of absorbing the loss.

The Frenchman is hoping to secure a first Premier League title in 12 years and, while keen to take one game at a time, Wenger is delighted with the resilience Arsenal have been showing so far this term.

“Winning your next game in football is all you can do,” he added. “What is for sure is, at the moment, every game is like a cup final for everybody, and we just came out of a game where we were 1-0 down.

“For the sixth time this season we came back after being down, so let’s continue to focus on that, on our resilience and our motivation, and we will see how far we can go.”

Arsenal are 4.50 to win the Premier League title this season while the Gunners are 1.91 to claim three points at Everton on Tuesday.