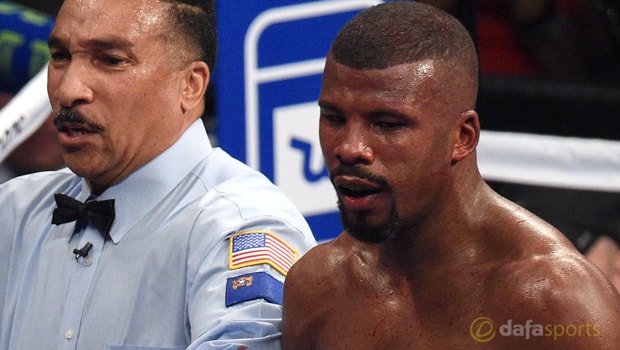 Adonis Stevenson says Badou Jack will “feel the power” when they go head-to-head in the early hours of Sunday morning for the WBC world light-heavyweight title.

Stevenson will be making just the ninth defence of his title in five years at the Air Canada Centre in Toronto this weekend and many are predicting a tight affair with Jack.

The 40-year-old defeated Chad Dawson back in 2013 to win the belt before successfully retaining his WBC strap against Tavoris Cloud, Tony Bellew, Andrzej Fonfara (twice), Dmitry Sukhotskiy, Sakio Bika, Tommy Karpency and Thomas Williams Jr. ‘Superman’ has an impressive knockout record, having KO’d 24 of his 30 opponents, and he is hoping to add another notch to his tally in Sunday’s spectacle.

Jack, 34, is set to provide a stern test and his only defeat from 25 professional fights came back in 2014 at the hands of Derek Edwards, which was a first-round knockout.

The Swedish-born fighter has shown he can go the distance throughout his career and his fifth-round win over Nathan Cleverly last year is his only early finish in a world-title fight.

Despite having huge respect for Jack, Stevenson is confident of picking up win number 30 and keeping hold of his belt for a while longer.

“Anybody who comes to the ring to fight me doesn’t know my power. You have to be in the ring with me to feel power.

“If you don’t come to the ring, and are sparring with big gloves, and if you are a big heavyweight you can maybe take the power, and think you are ready for Adonis? It’s not going to happen like that. You’ve got to go in the ring with Adonis, to feel the power.”