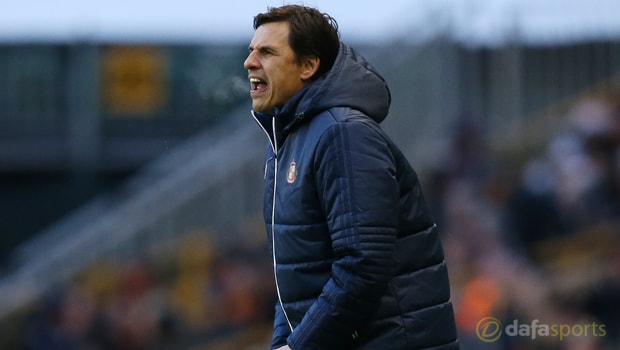 Sunderland boss Chris Coleman is desperate for his side to end their record-breaking winless run on home soil when they host Fulham in the Championship on Saturday.

The clash with the Cottagers will be Sunderland’s last chance to avoid going a full year without winning at the Stadium of Light, as their last success at the venue came in the Premier League when they beat Watford 1-0 in December last year.

The Black Cats have already set an unwanted English record, as they have now gone 21 matches without a home win in all competitions, and Coleman, who has only been in charge for one of those games, admits he does not care how the victory comes about, as long as it does.

“I don’t care if it’s ugly; if it’s swashbuckling football, fantastic. I don’t care how it comes.”

Sunderland have shown signs of improvement since Coleman took over as manager last month, as they have taken four points from their last two away matches, including a spirited 0-0 draw at Championship leaders Wolves last time out.

Coleman was particularly pleased with his side’s clean sheet at Molineux and he hopes that can now act as a platform for the rest of the season, both home and away. “We need that platform,” he added.

“We are not going to win games 5-3, 4-3 every week. Wolves may do with the wealth of riches they’ve spent on fantastic players at this level.”

Sunderland are priced at 2.80 to end their long wait for a home win against Fulham on Saturday, while the Cottagers are available at 2.40 and the draw is on offer at 3.40.