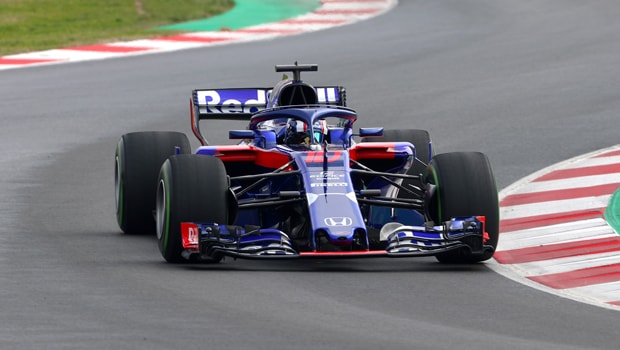 Red Bull team boss Christian Horner said that Pierre Gasly will bring speed, skill and attitude to the team for the 2019 season.

The team have announced that the French driver will replace Daniel Ricciardo next year, with the Australian set to join Renault.

Gasly currently drives for Toro Rosso, Red Bull’s junior team and he sits 13th in the current drivers’ champion, finishing fourth in Bahrain, sixth in Hungary, the last race before the summer break, and seventh in Monaco.

Horner said that Gasly’s “stellar performances” had made him the natural choice to replace Ricciardo, describing him as one of the most exciting drivers in motorsport.

He said: “Since Pierre first stepped into a Formula 1 seat with Scuderia Toro Rosso less than a year ago he has proved the undoubted talent that Red Bull has nurtured since his early career.

“We look forward to Pierre bringing his speed, skill and attitude to the team in 2019.”

Gasly, for his part, said that it had been his dream to drive for Red Bull since joining their junior driver programme in 2013.

“This incredible opportunity is another step forward in my ambition to win grand prix’s and compete for world championships,” he added.

Gasly’s promotion means that there is a vacancy at Toro Rosso next season with the possibility of two new drivers as incumbent Brendon Hartley may yet find his place under threat.

The summer break in Formula 1 comes to an end with the Belgian Grand Prix next weekend.

Mercedes have won at the Circuit de Spa-Francorchamps in the last three years, Lewis Hamilton, current world champion winning two of them.

The British driver is top of the drivers’ standings this year and is 1.40 to win the title again with his closest rival Ferrari’s Sebastian Vettel 2.63.